When Left 4 Dead first dropped, it became THE co-op run-and-gun zombie survival game. You’d be hard pressed to get a similar experience from any other game out there. Unfortunately, thanks to Valve’s innate fear of the number 3, we never got anything beyond Left 4 Dead 2. Until now. The same studio that worked on the original Left 4 Dead has now come out with Back 4 Blood, a game that could potentially dethrone the zombie king. Key word being potentially, let’s get into the review.

We usually start with the story in these reviews, but we’ll start with the gameplay here, which is the core of Back 4 Blood. Thankfully, things are still as fast-paced as they were back in 2009. Pumping bullets into swarms of zombies with your friends is still incredibly fun, but that’s not all Back 4 Blood has to offer. With Back 4 Blood, you also have deck building, looting, hero abilities and even roguelite elements. There’s a lot to unpack here, and we’re going to go through it all. 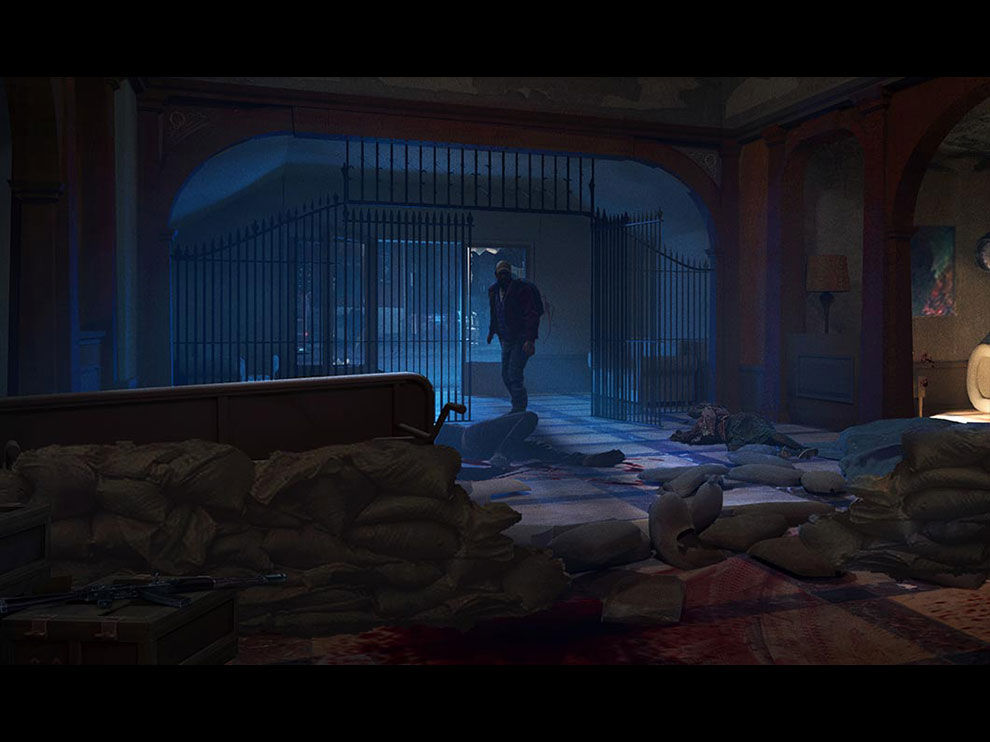 The first big difference you’ll notice with Back 4 Blood is that you’re no longer playing as helpless survivors trying to make it through the night. This time around, you take on the role of hardened mercenaries who hunt down zombies, look for survivors and scrounge for supplies. Levels begin with your party leaving from Fort Hope, which is a gathering hub for zombie-hunting mercenaries. 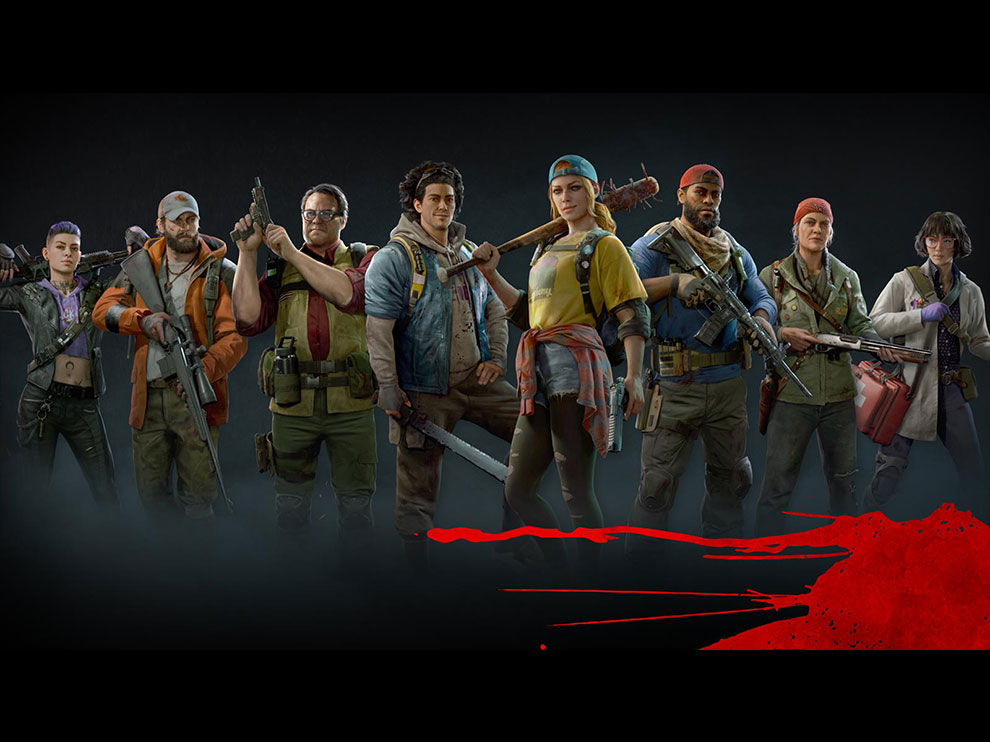 These mercenaries, or Cleaners, are immune to the Devil Worm parasite, which is basically what’s turning people into brain-chomping zombies. This makes them ideal for taking on the zombie hordes, and fortunately, these eight characters also have plenty of tools in their arsenal to kill zombies and boost teammates. You’ve got melee specialists like Holly who gets stamina back with melee kills, support characters like Mom who gets one free revive per mission, utility characters like Hoffman who provides extra ammo for the entire team etc.

Each character has something unique to bring to the table, and brings a semblance of roles to the game, i.e, being able to play with a supportive, defensive, or offensive playstyle. All of this ties in really well with the next aspect of the game we’re going to talk about, the deck building.

Players can build 15-card decks between runs, and these cards can have minor benefits like slightly increased health, to major game changing bonuses. There are more than 100 unlockable cards, so you’ve got plenty to choose from. Every player picks a few cards at the start of a mission, after which you only draw one card per level. If the run ends, then all decks are reshuffled. 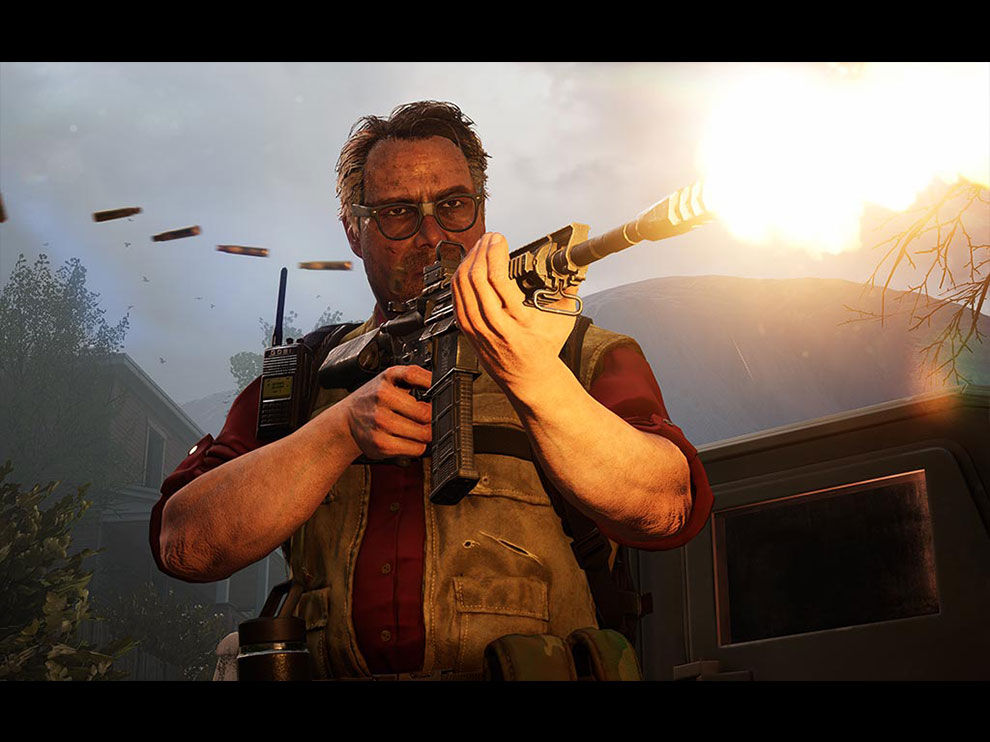 Early on, the cards you have don’t have too much of an impact and only provide small stat boosts. Eventually though, you can unlock some pretty powerful cards. Combat Knife for instance amps your basic melee attack with a powerful knife attack, Down In Front! will prevent you from taking or dealing friendly-fire while crouching. However, a lot of the powerful cards are also double-edged swords, for instance, the Ammo Mule card will add 75 percent to your ammo capacity, but entirely disables your support slot, i.e, you can’t carry medkits or bandages. The Quick Kill card increases your hipfire accuracy by 50 percent, but entirely disables aiming down-sights. 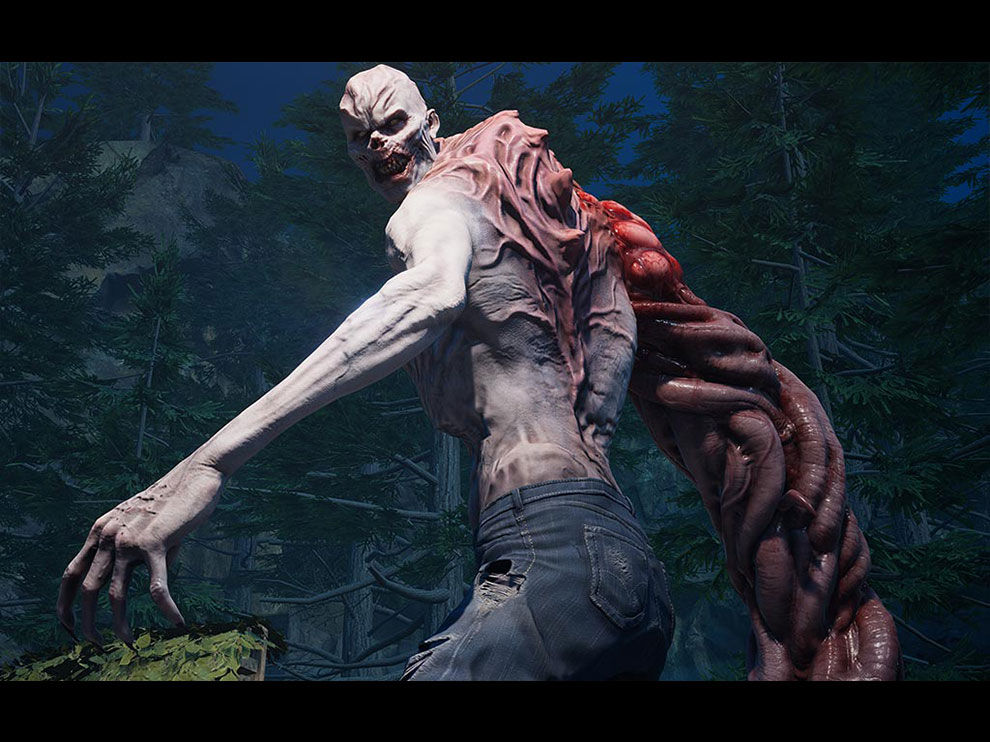 Deckbuilding adds an entirely new element to gameplay and strategising, allowing you to experiment with different playstyles. Plus, it compliments the game’s core gameplay really well.

The arsenal has also gotten a major upgrade over B4B’s predecessors, with new guns and a gun customisation/attachment system. The gunplay between them is unique enough to warrant a different feel with each gun, allowing you to pick the style you want to go for. At the start of each mission players can visit a store to buy upgrades, grenades, healing items and more. 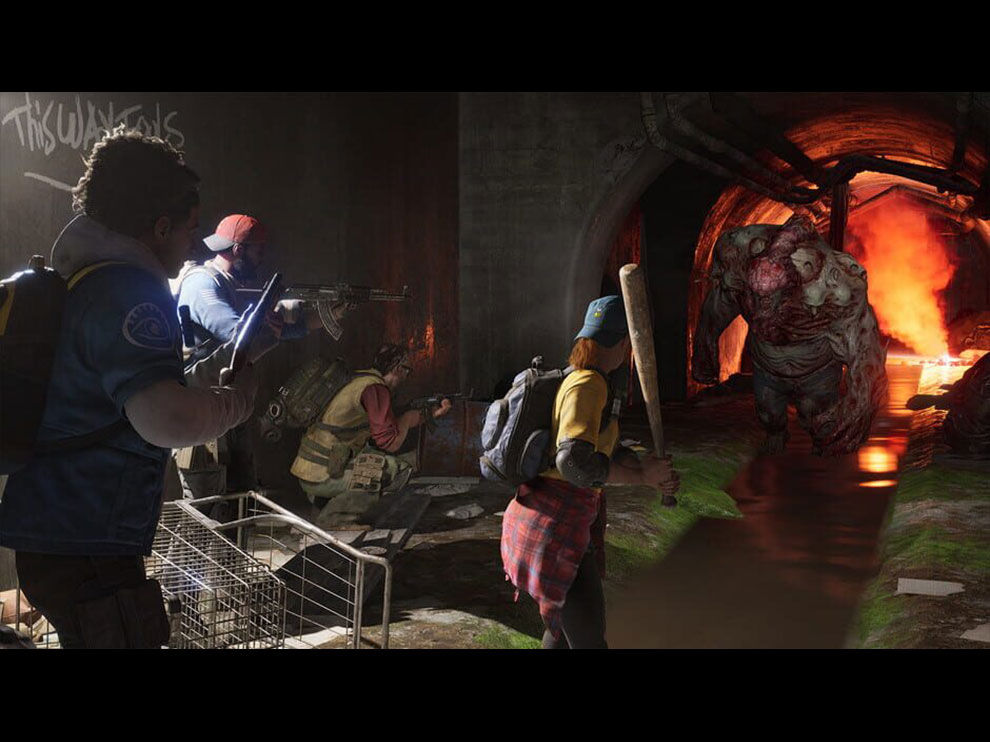 Attachments in B4B don’t have any drawbacks, but you’re limited by how many you can use with a gun. If you decide to use a suppressor for the sneak attack damage, you’re going to have to forgo the fast mag to speed up your reloading. There’s an attachment to offset every gun’s weakness.

On harder difficulties it becomes important to prioritise the team over yourself, and resource management becomes a lot more important.

Back 4 Blood – The Main Campaign

Back 4 Blood has a pretty long campaign with around 30 levels. These are literred with difficult finale missions between Acts. Unlike Left 4 Dead, environments are less linear, and there’s more room for exploration, however, you might not exactly have the time for it before the next horde comes along. When you do have time though, it is nice to be able to scavenge around for extra resources. 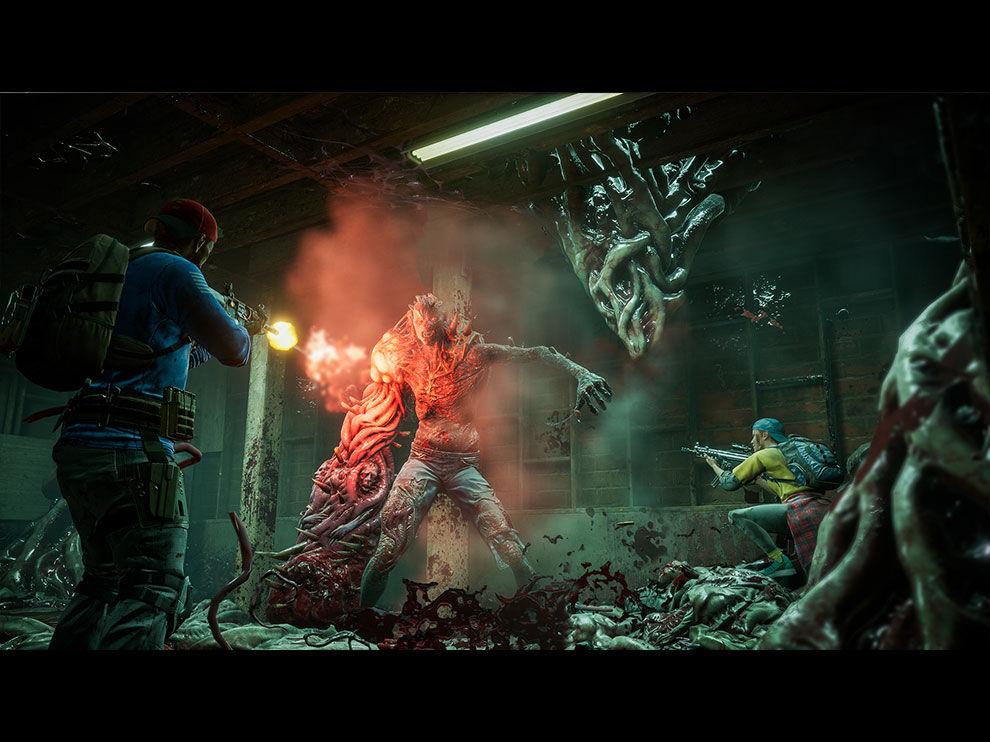 The missions are also varied, with the card system causing variations in maps. Corruption Cards can modify the world and the zombies in it, like fog to reduce visibility, or armoured zombies for instance. There’s quite a bit of randomness and variety, which is what brings in the roguelite elements to the game. Naturally, things only get harder the further you progress, with the zombies becoming nastier and faster. This becomes even more evident when you turn the difficulty up, and suddenly resources become scarce and health restores which were otherwise free now cost copper. 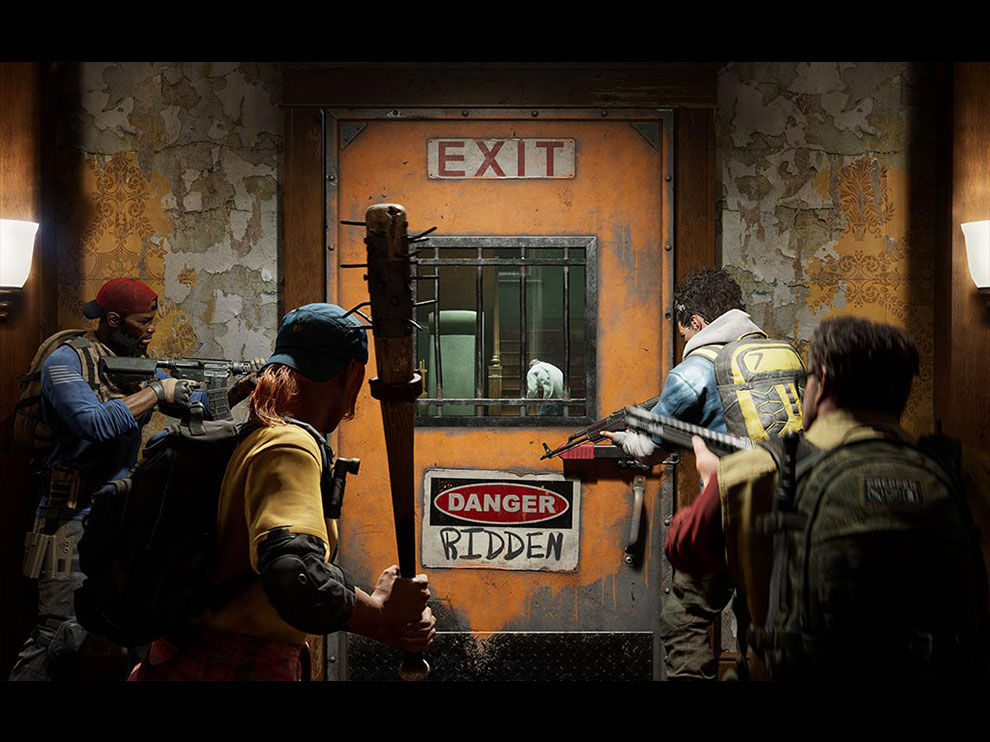 Back 4 Blood has a PvP mode which we didn’t really explore too much of, called Swarm. This is basically the Ridden vs the Cleaners. Cleaners need to hold out as long as possible, and when they all die, they switch sides. Best time wins. Ridden get increasingly powerful as time passes (which kinda makes sense) to the point of becoming overpowered. Being overpowered is fun, being on the opposing end, not so much. This is however a feature of the game mode. Why one half of the game mode being unfun is a feature we don’t know, but it is what it is.

If you’re someone who enjoyed Left 4 Dead and have been waiting for the third installment, look no further, Back 4 Blood has you covered. There are certainly some kinks that need to ironed out, in the networking front and the balance of it all, but they’ve definitely captured the co-op fun and chaos that the original Left 4 Dead games had. Makes sense considering it’s the very same people working on it. Back 4 Blood has even more to offer, with new content, Cleaners and even Ridden types in the works. So yes, we recommend the game.

admin - March 23, 2022 0
Activision is rolling out the Call of Duty (COD) Warzone and Vanguard Season Two Reloaded with a new map and a bunch of treats...