Activision has announced the next major seasonal update for Call of Duty: Mobile. As is with all updates, players can expect new maps, weapons and more. However, as October marks the festival of Halloween, the new update comes with a spooky theme. The new update is called ‘Zombies are Back’, and marks the 9th Season. 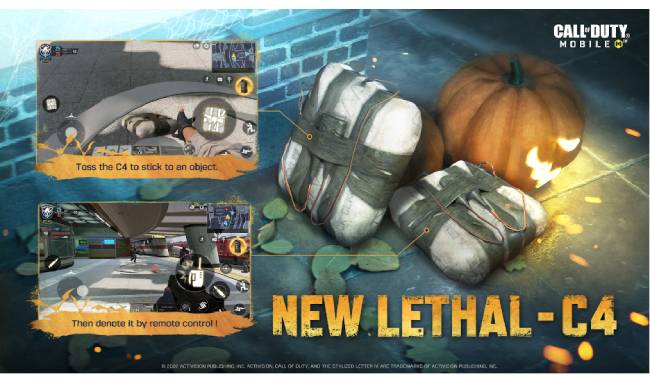 As is usually the case, the latest update to Call of Duty: mobile offers two new toys that players can play with. Upon reaching Tier 14 in the free Battle Pass, players will unlock the remote-control C4. This will take up the lethal equipment slot and as the name would suggest, will now players to remotely detonate the explosive. At Tier 21, players will get the brand new Krig 6 assault rifle. The fully automatic weapon was first featured in Call of Duty: Black Ops Cold War.

The new map added to Multiplayer mode is the Haunted Hacienda. As the name would suggest, this will pretty much be the same Hacienda map as before, with a Halloween twist, similar to what the developers offer when putting a festive spin on Halloween Standoff, and Raid Holiday.

Call of Duty: Mobile Season 9: Zombies are Back – Well… zombies are back 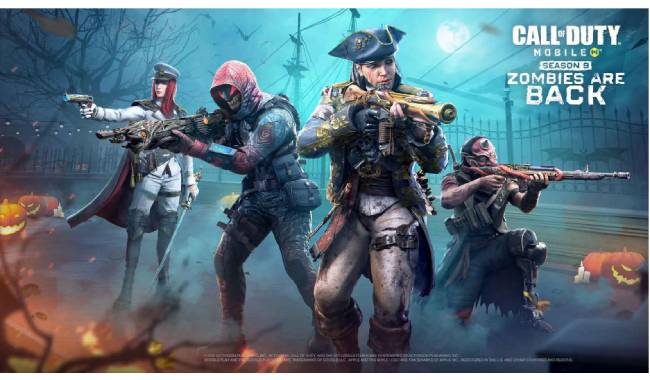 With such an obvious name, it’s quite clear that zombies are making a return to Call of Duty: Mobile. However, the update will see the return of the Shi No Numa map. This was last year when Call of Duty: Mobile was only a few months into its launch. This is the version of Zombie mode that most Call of Duty players will be most familiar with. Aside from this, we will also see a new mode called Super Attack of the Undead.

Aside from all this, players can also check out new challenges, missions, and a new seasonal event. Players will also get the option to unlock new rewards such as operators, skins, calling cards, and more.

Call of Duty: Mobile Season 9: Zombies are Back – Availability

The new seasonal update for Call of Duty: Mobile will be available on October 13, at 5:30 am IST.

gamingbaaz.com - February 1, 2023 0
Respawn Entertainment, the makers of Apex Legends, has announced that the game will shut down. All operations of Apex Legends will cease functioning in...

The first step towards jailbreaking the PS5 has been taken |...

How to Play GTA 5 on Android Devices With Steam Link...

Pokémon Go Creator Says The Metaverse Is A Nightmare

gamingbaaz.com - August 13, 2021 0
Pokemon Go developer Niantic's founder and CEO, John Hanke, would like to tune out of the metaverse conversation for the time being, and focus...

Call of Duty: Mobile Season 5 In Deep Water – Everything...

Warhammer 40,000: Mechanicus is an upcoming port of the turn-based strategy game that’s heading...

Juventus Is Coming Back for FIFA 23, EA Sports Announces