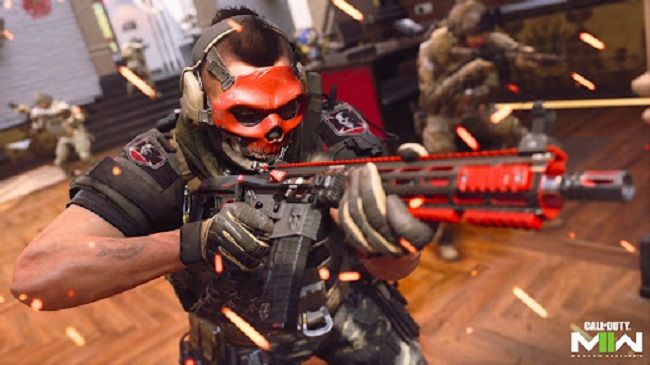 Team Deathmatch: Use teamwork to eliminate enemy players and reach the score limit. The first team to obtain 75 eliminations wins the match.

Domination: A team has to take complete control of three zones marked by flags — A, B, and C. Captured zones accrue points over the course of one round. The first team to reach 200 points wins the match.

Hardpoint: One team is required to capture the Hardpoint and hold it against attack. The Hardpoint location rotates every minute, with the position of the next Hardpoint being indicated in the last 10 seconds of the previous zone. The first team to earn 250 points wins the match.

Headquarters: A team is required to work and capture the Headquarters, then dig in and defend. Respawns are disabled for the team that holds the HQ. Once the HQ is taken offline, a new zone is designated for the next one. The first team to earn 200 points wins the match.

Control: Each team shares a pool of 30 lives. If the attacking team successfully takes out one objective, they will gain more time to complete the second. The defending team can win the round by letting the time run out before the objectives are taken. The first team to win three rounds wins the match.

Prisoner Rescue: The Attackers must find two hostages and carry them either out or protect them at the extraction point – each hostage is worth 100 points. Defenders must prevent their extraction at all costs and hold them together in their spawn area until the round’s timer expires The first team to earn 500 points wins the match.

Knock Out: Both teams fight over a bag of Cash located in the middle of the map. The team that holds the bag at the end of the round or that eliminates the entire enemy team wins the round. The first team to take five rounds wins the match.

gamingbaaz.com - January 26, 2022 0
Uncharted: Legacy of Thieves Collection — out Friday on PS5 and later in 2022 on PC — brings the acclaimed action-adventure franchise to its...

Bosch to Invest More Than EUR 400 Million in Chip Production