Let me get one thing out of the way right away, I haven’t played any of the previous F1 games, so I went into F1 2021 with it being my first F1 game. The F1 games are normally known to be pretty hard, attempting to simulate what it would actually be like to be in the cockpit of an F1 car. With F1 2021, while you can certainly enjoy the complete F1 experience, you can tone it all down making it much more accessible to newcomers to the series. That being said, the latest entrant to Codemasters’ F1 series could very well be considered a good entry point into the series. Let’s get into the review. 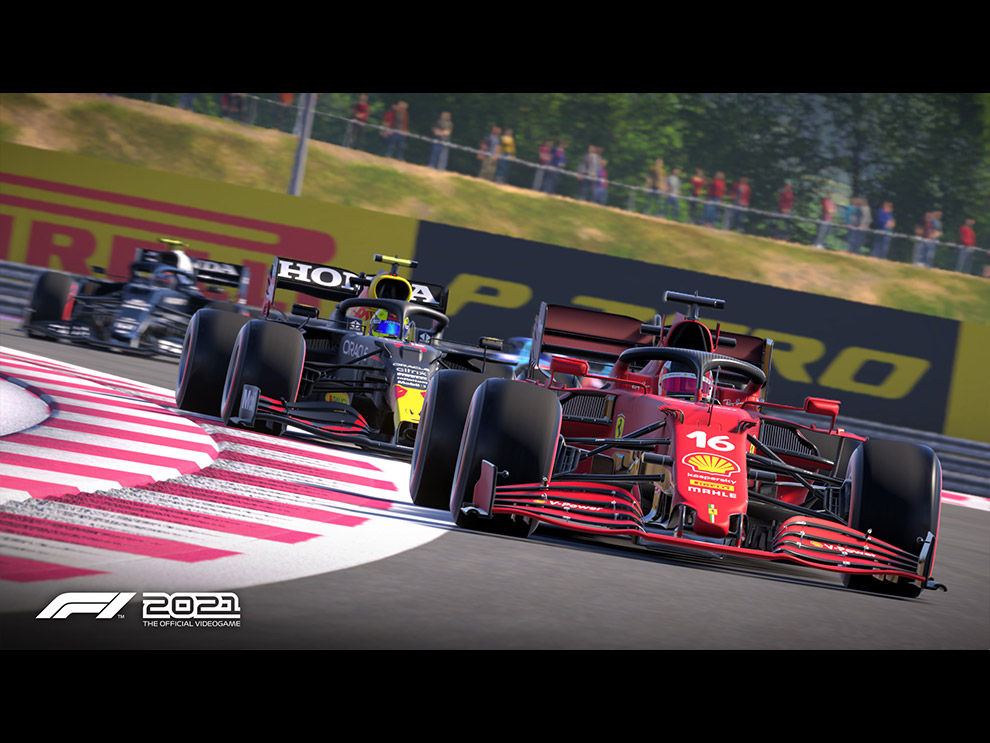 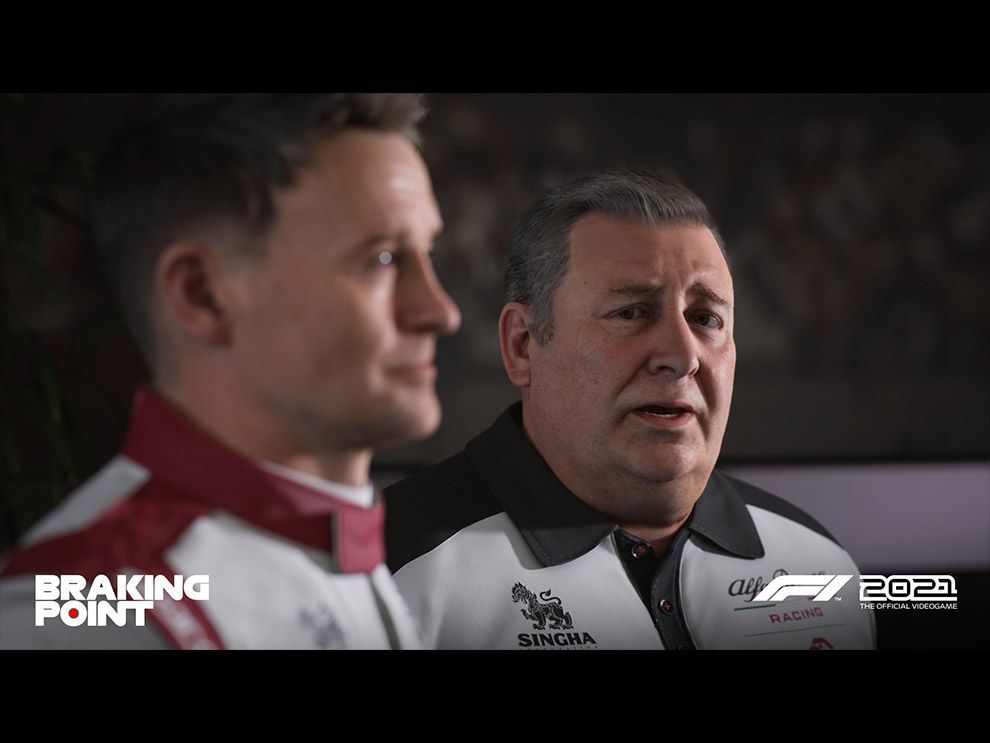 F1 2021 sees the introduction of a story mode to the series for the first time ever. Well a proper story mode, there was an attempt in 2019, but this is definitely a lot more fleshed out. Depending on how good you are at the game, the story mode will last around 6 hours. Dubbed Braking Point, the story mode sees us filling the shoes (and perspectives) of two drivers, Aiden Jackson and Casper Akkerman, both at very different points in their careers, with Aiden Jackson being brand new on the scene, and Casper Akkerman being a veteran beyond his prime. Both drivers are competing for the same team, but early in the story we see some drama develop between the two due to events that take place in a race. Enter Devon Butler, who some might recognise if they played F1 2019, but this is basically the antagonist in the story, who’s more than happy to add fuel to the fire between Aiden and Casper. Codemasters have tried to bring the drama of real F1 into the game with Braking Point, and while the plot is fairly predictable, it’s a welcome addition to the game. 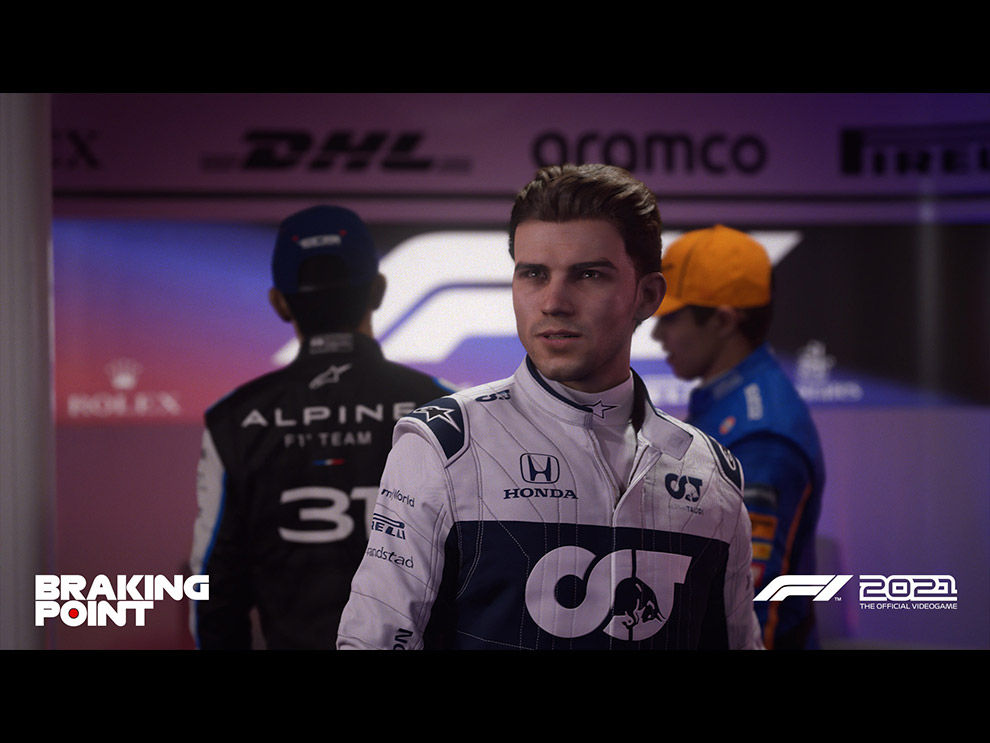 The story is also a great way for new players to experience the F1 series; during the course of the story you’ll be introduced to different aspects of the game, or learn the ropes, so to speak. The story also isn’t as simple as “win this race”, but takes a different approach, with cinematics taking place in the middle of races as you fulfil objectives, which was nice. The game definitely has a difficulty curve, but stick with it and you’ll get there.

Coming to the gameplay, like we mentioned earlier, you can tone down the difficulty aspect to an almost casual level in F1 2021. This doesn’t mean that it’s braindead now and you just need to hold down the accelerator key, there’s still some level of skill and timing involved when coming into turns or attempting overtakes, among other things. If you’re a purist, or crave all the realism, you can turn everything on, including transmission, vehicle damage, fuel management, etc. We assume this immediately makes a lot of things on the HUD very important, which for most part we ignored because in this case we were *gulp* filthy casuals. 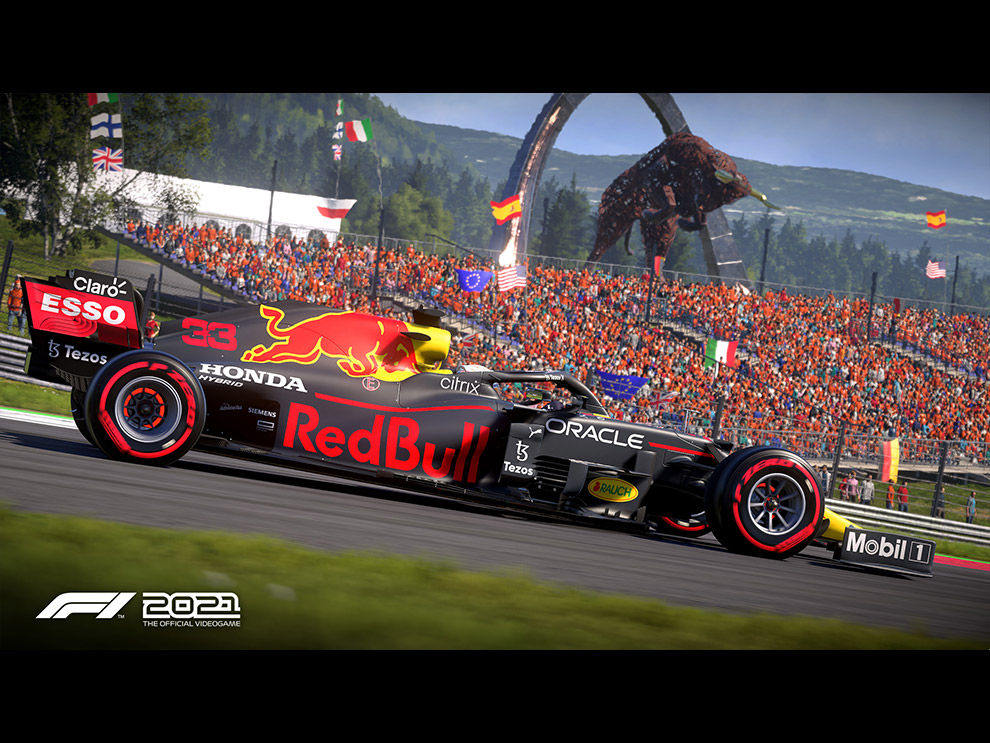 Vehicle damage has different effects depending on what part of the car gets damaged. If the floor gets damaged for instance, the car becomes top-heavy, tires can be affected by different kinds of damage, ramming into barriers can cause them to delaminate, and they can even burst if you aren’t paying attention. There’s no lack of attention to detail. Overall, we had no complaints about gameplay, but then again, at a casual level we didn’t have to worry about too much. 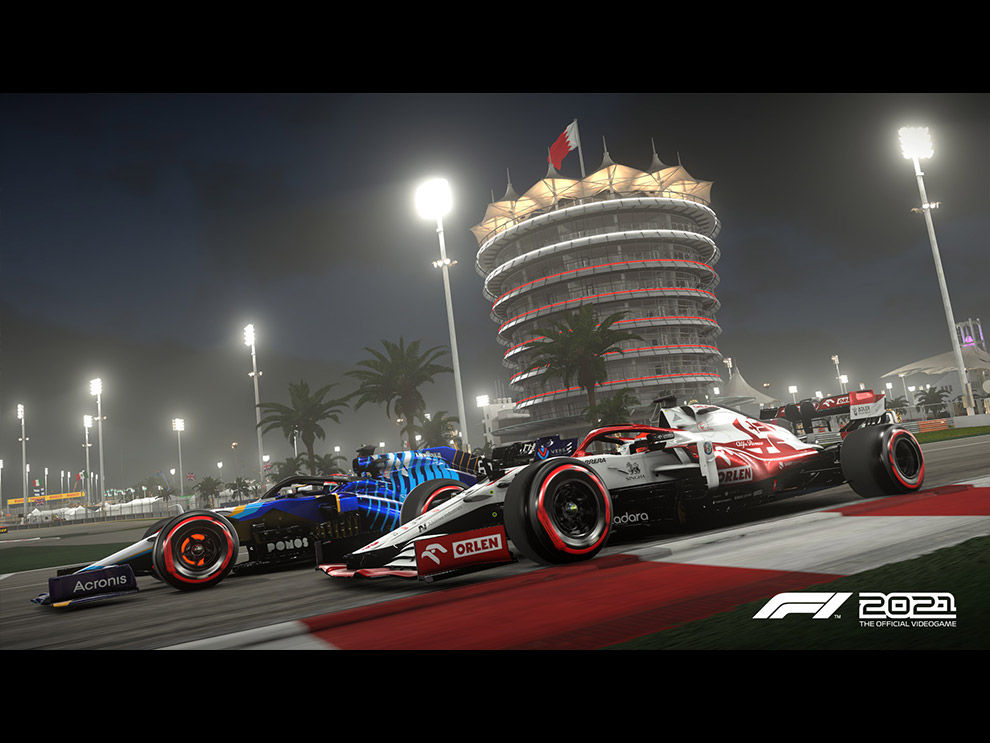 Then there’s Flashbacks. Basically the “oops” or “oh f*ck” button. Go back in time. You have the option to turn this off entirely, or even limit the number of times you can use this per race. In case you screw up in some way, you can hit the Flashback button, and the game then starts a recording of the past few seconds. You can resume from anywhere within that time. It’s a handy tool for those learning the ropes, and you’re free to disable it entirely, or limit your uses if you don’t want to rely on it too much.

The controls can also be a tad confusing for new players, since it’s not the usual w, a, s, d, but a to accelerate, z to slow down, and ‘,’ and ‘.’ to turn left and right respectively. X is the flashback button, and menu controls use the Function keys for some reason. The game’s probably best played on a joystick (or racing wheel, even better) anyway. 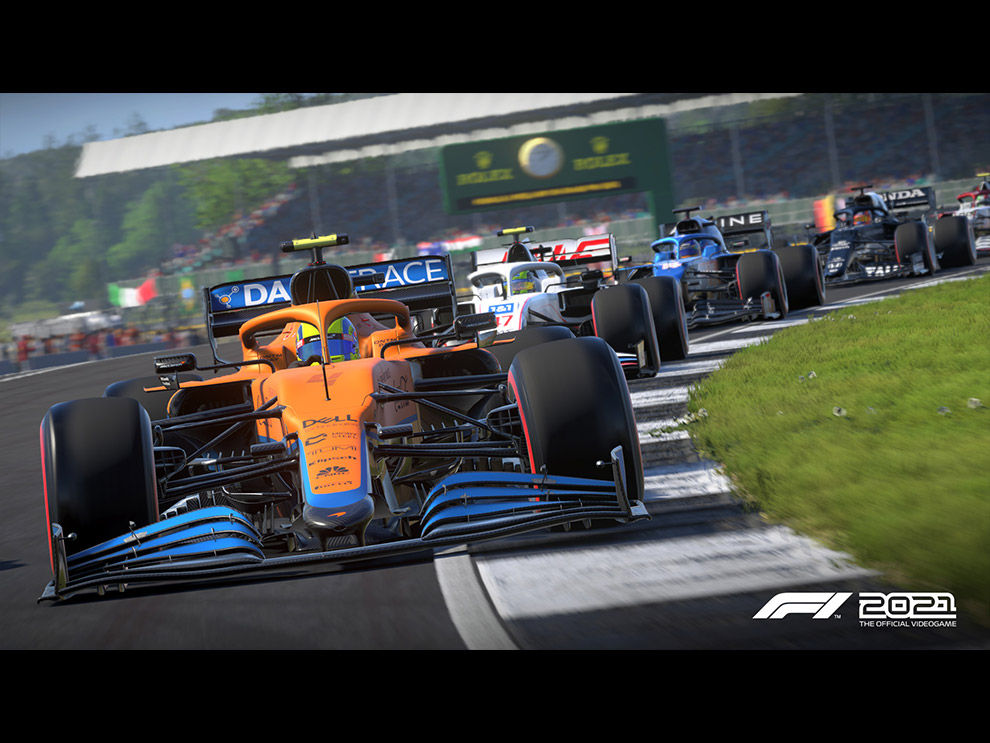 As for game modes, Career mode and My Team mode are both present, as they were in F1 2020, and for the most part are the same with a few QoL tweaks. The story mode doesn’t tie into either of these game modes in any way, which is kind of a bummer. The game modes themselves are pretty solid and well-rounded, with Career mode seeing you take on the mantle of a racer and My Team allowing you to manage an entire team.

There’s multiplayer game modes as well, with local split screen, and up to 22 players online. You can even play 2-player Career mode with a friend online, with you both joining the same team, or even competing with each other as rivals. 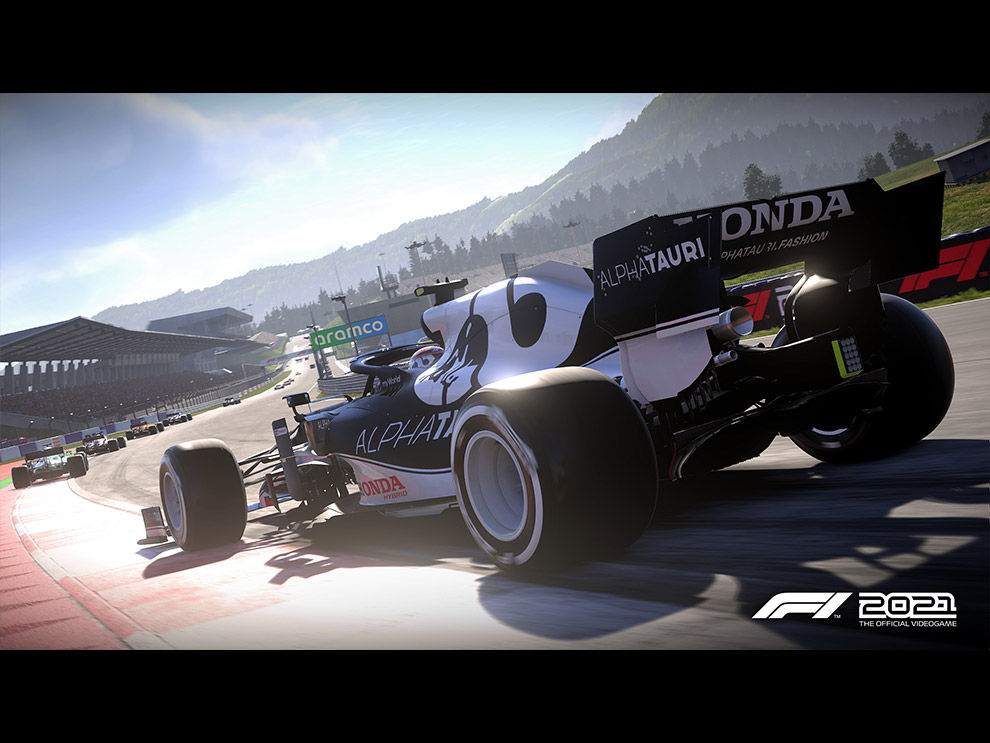 This is a good looking game, and runs surprisingly well even on slightly weaker machines, as long as you’re running it at 1080p. However, if you’ve got the rig to run it at 4K with RTX on, but all means, go for it, it looks fantastic. The game should still look really good with RTX off, and save you a chunk of frames as well. The roads, cars, damage, even the character models look pretty good, making this the best looking F1 game yet.

Like we mentioned earlier, we hadn’t played any F1 games prior to F1 2021, and we had a surprisingly good time with this one. We enjoyed grinding it out and learning the ropes in the story, and appreciated the ability to tone down the difficulty, making it easier for a wider audience to pick the game up. The game is updated with the latest teams and rosters, and you have the option to update it after races to keep up with the teams. We weren’t really familiar with anyone, but if this is something important to you, then it is an option. Overall, a solid addition to the F1 series.

Report: Microsoft in talks to acquire Discord for over $10 billion

How Awful Can You Be In Disco Elysium?