If there’s one thing that can be said about Ragnarok, it’s that the game is essentially Terminator 2: Judgement Day as compared to the first film. It’s bigger, badder and most definitely more fun. Not to downplay God of War 2018 but Ragnarok is just leagues ahead of the first game when it comes down to the world-building, enemies and just sheer play area. When God of War 2018 came out, it was a much-needed shot in the arm for Sony. With duds like The Last of Us 2 and Horizon Zero Forbidden Western Dawn, or whatever the hell it’s called, Sony really needed a win with the fans and they got exactly that with the rebooted God of War. The game was an incredible success with both fans and critics praising the combat, gameplay and camera. A new generation of gamers finally got the chance to experience the character of Kratos, the God of War who cut a bloody path through the Greek Pantheon and now finds himself battling the Norse gods. Gamers were also introduced to his son, Atreus who acted as a support unit, able to fire arrows and attack enemies as well. 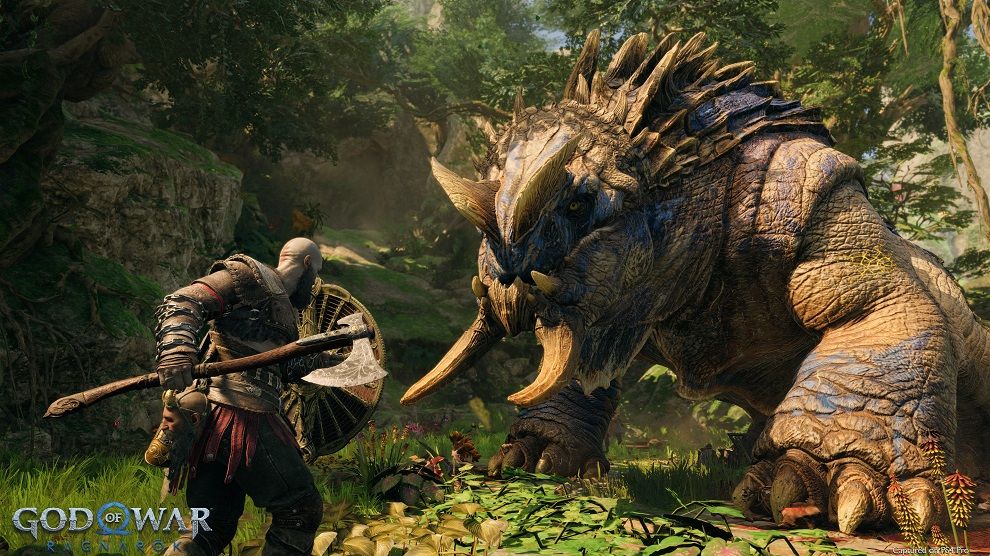 The game also ran like a dream on the older PS4 and really pushed the system to its limit. In terms of gameplay, God of War 2018 moved away from the fast-paced action of the previous games and focused on a slower, more precise form of combat and while there were a few detractors, most fans were satisfied with the revamped action. Ragnarok, though, takes that formula and multiplies it by a hundred. If there is one thing I can say about Ragnarok is that it’s massive, in every conceivable way! Like truly gigantic. It’s an epic and fitting conclusion to the Norse saga. As far as triple-A games go, God of War: Ragnarok embodies that philosophy to a T. It’s a polished experience that is equal parts coming-of-age tale and overcoming impossible odds. Everything that made God of War great has been expanded in Ragnarok, giving the sequel the perfect starting point for new players as well.

If you thought the first game was stunning, be prepared to be awe-struck by Ragnarok. The game looks incredible on the base PS4. The lush forests, oppressive deserts and other environments really give you a sense of scale. If you’ve wondered how big Ragnarok actually is, let me put it this way, each realm is about the size of Midgard in the first game. Yeah, I know! It’s insane how Sony Santa Monica managed to cram this much content into one game. The environments feel alive, lived in and equally dangerous. Each realm is populated by various creatures that range from minor inconveniences to serious, earth-shattering threats and they’ve all been designed with the same care and love that the developers have put into the main characters. The puzzles have kind of stayed the same with a few new ideas thrown in. For example, when in Alfihiem, Kratos can bounce his axe off certain reflective surfaces to open doors and such. 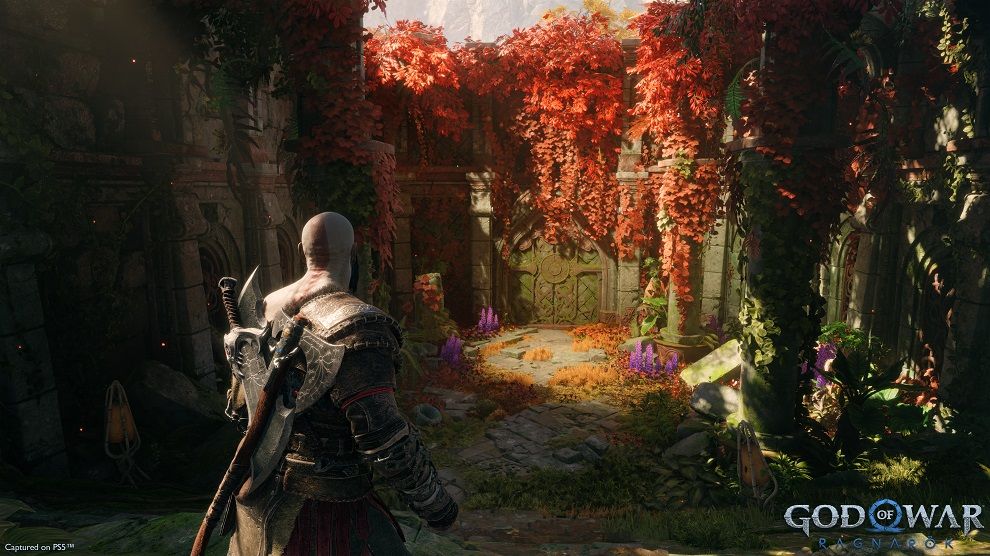 Not much has changed, as far as base combat goes, but there have been a ton of small improvements that really changes how you approach destroying your enemies. Right off the bat, the Triangle button now charges up your main weapon with frost or fire, for the Leviathan Axe and Blades of Chaos, respectively. Atreus also has more options in combat and puzzle-solving. He’s stronger and the gameplay shows you exactly that. In the 2018 game, Atreus was mainly used to complement your skills but in Ragnarok, he feels like his own character, with separate moves and better AI.

Without going into too many spoilers, players will be surprised at the number of options available. As stated before, if you’ve played the first game, you’ll feel right at home with the controls. While the UI has been redesigned, it still follows the basic structure set by the 2018 game. It may take some time to get used to it but it does not detract from the experience.

The combat retains the crushing brutality of the first game but with the Blades of Chaos available right from the start, you have way more options at your disposal. Again, without spoiling too much, as the game progresses, you unlock a variety of new moves and skills using XP earned by completing missions. 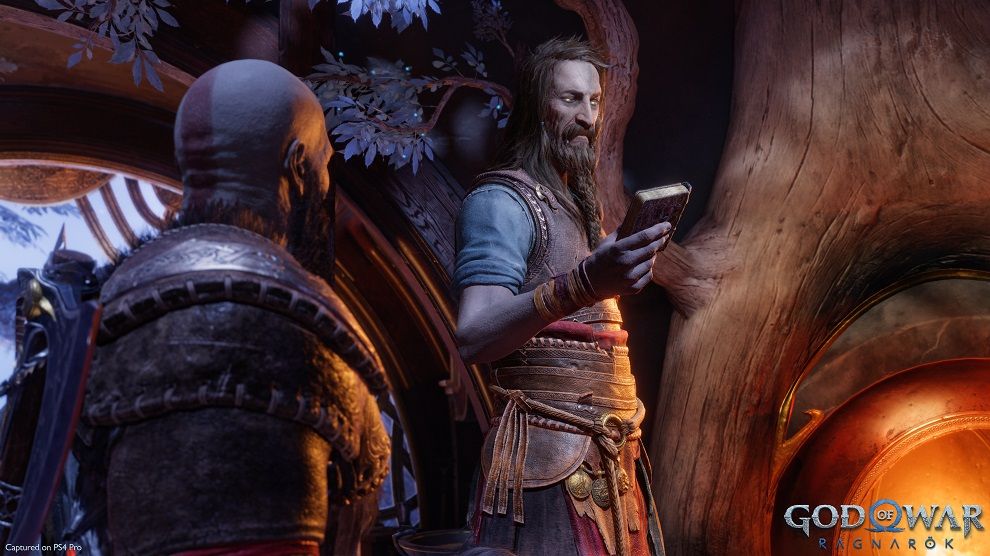 The story starts a few years after the first game where we see Kratos and Atreus just trying to live the simple life until a certain Norse Thunder god comes a knocking and following him is the all-father, Odin. You see, Odin doesn’t want war, all he wants is peace and love and a blood debt. We’re then treated to one of the most intense boss battles out there as Kratos and Thor throw down in Midgard. Look, if you liked the introduction of Balder in the first game, then Ragnarok is going to blow your mind right off the bat.

Ragnarok is a complicated tale filled with themes of fatherhood and what it means to be family. It’s a simple message that is told through the terrific voice acting and performances of the actors. You feel the bond between Kratos and Atreus and root for their victory all the way. Without going too much into spoilers, the only part that dragged the game to a crawl are the bits with Angraboda. She is by far the worst character in the game and is only there as a diversity hire. She serves no real purpose and an entire section of the game is dedicated to her, making it the worst part of the game. In fact, it’s so slow and unnecessary that it because frustrating. That is not something that the developers want but when you have such a bland and boring character but then decide to shove them down your throats as some win for diversity, all you’re doing is killing the momentum of the game. I wish this entire section could just be skipped. I imagine a New Game+ mode will be torture during this section. 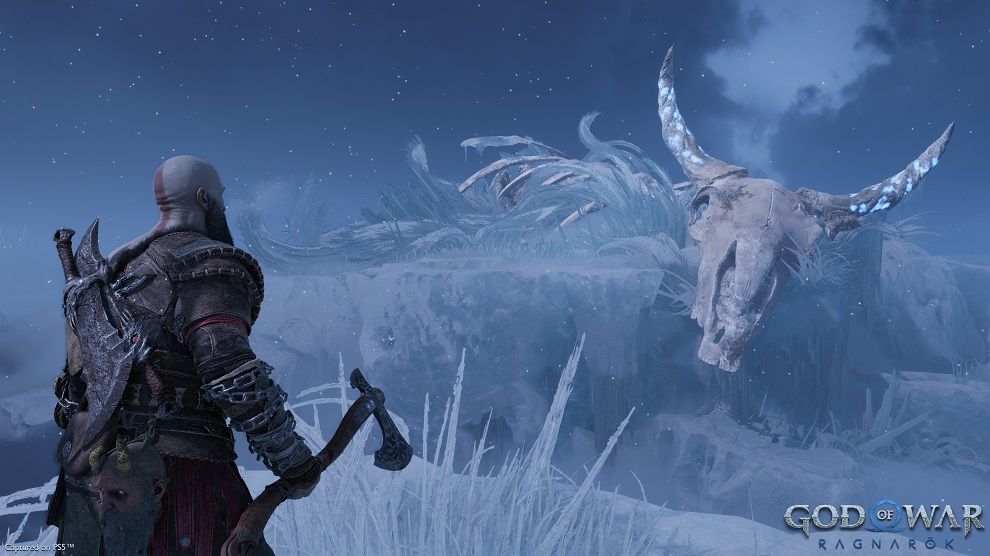 The rest of the characters though are so well realized. The nuances when it comes to characters like Thor and his wife Sif really highlight the writing talent at Sony Santa Monica. And as far as Odin goes, the less said, the better. You guys are in for a wild ride when it comes to dealing with the cunning and dangerous leader of the Asgardian deities.

Just buy the game, guys. It’s worth every penny and more, in my opinion. If you’re a fan of good storytelling and not the garbage that was the Last of Us 2, God of War Ragnarok will scratch that itch and more. The combat is great and keeps pushing you further, trying to find better armour combinations to give you that added edge against some of the more fearsome enemies. The music is incredible as well, giving Ragnarok a ton of atmosphere and setting it apart from most other Sony exclusives.

As far as a recommendation goes, God of War: Ragnarok is a day-one purchase with the only downside being the bits with Angraboda. But, if you’re willing to be bored for a little bit, Ragnarok is truly rewarding experience.

We played a review copy of God of War: Ragnarok on the PS4

Netflix adds 5 games to its Android app including those based...

Call of Duty: Mobile’s Season 3 update sees a bunch of...

MTG Arena redeem codes to help get you started

AMD FidelityFX Super Resolution: Can It Make Games Run Faster on Any GPU?