Making video games, especially AAA or AAAA titles, is an extremely labour-intensive, resource-intensive and time-consuming endeavour. Major studios around the world spend anywhere from 65 million USD (Tom Clancy’s Ghost Recon: Future Soldier – 2012 – Ubisoft) to more than 400 million USD (Star Citizen – Ongoing – Cloud Imperium Games) to produce video games. A good chunk of this money does go towards marketing the video game prior to sales but that’s the easy part of the entire process, arguably. The rest of the expense goes towards the actual development process and then testing the games to ensure a good experience for the folks who are going to be playing the games.

The latter part, i.e. the video game testing aspect, is probably the least talked about aspect of the overall development process. More so, when the game launch happens without any hiccups. If the game does well, kudos to the studio and if the game tanks, then blame the testers, blame the devs and blame the management for putting down unreasonable expectations and deadlines. 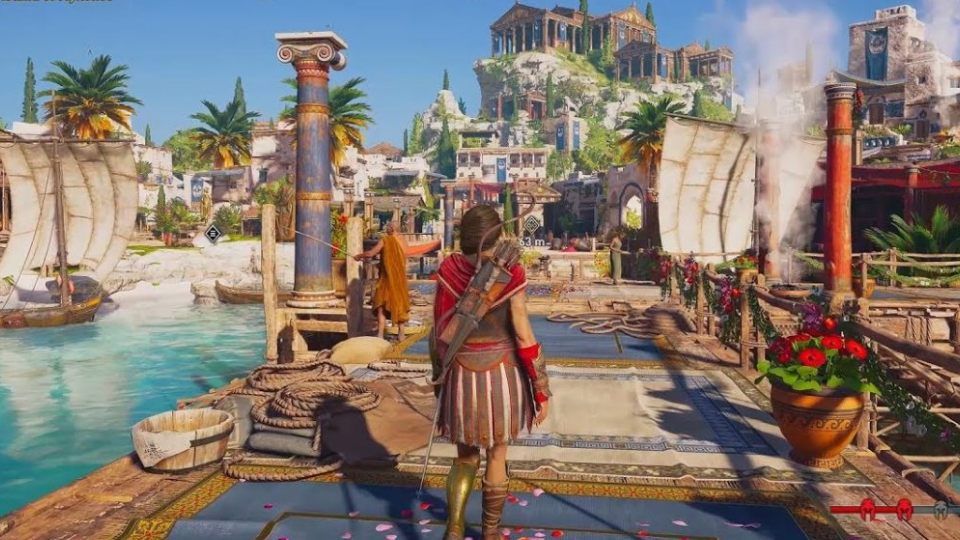 And as games grow to become more elaborate and feature-rich, managing all the elements becomes a task in itself. This is where game studios invest in developing and improving their video game engines and other software that are used in the overall game development process. Often, game studios will enter into partnerships with think tanks and academic institutes to innovate and come up with new ways to make their lives easier. Some of these collaborations result in quality of life improvements for not only the game developers but even for the gamers themselves. 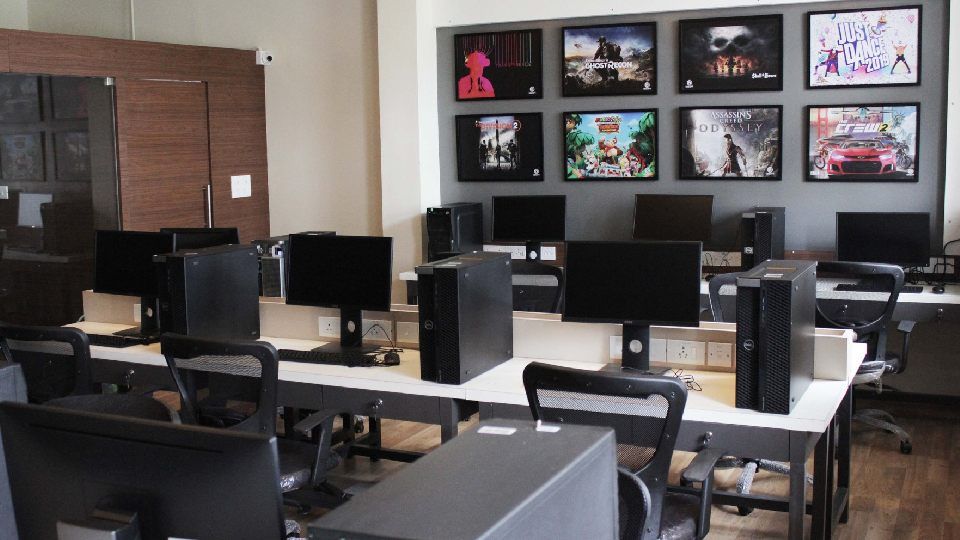 Closer to home, Ubisoft, a major game developer which has had a presence in India for more than a decade has a similar collaboration in place with academics from IIT-Bombay. The collaboration which began four years ago has resulted in several innovative improvements to the way Ubisoft tests video games and how they manage their communities. Speaking at the event, Syed Abbas, Managing Director, Ubisoft India said, “It’s really good to see that we have completed four years of this collaboration. One thing that we really want to highlight is that while gaming looks very casual and fun, when we talk about the technology involved, it’s quite serious and innovative. A lot of the technologies that we see in the world have evolved from video games. Technologies such as VR, and more recently – The Metaverse, is something that games have been doing for quite some time. To do what we do, we need a lot of technological innovation, and for us, there couldn’t have been a better partner than IIT-Bombay.” 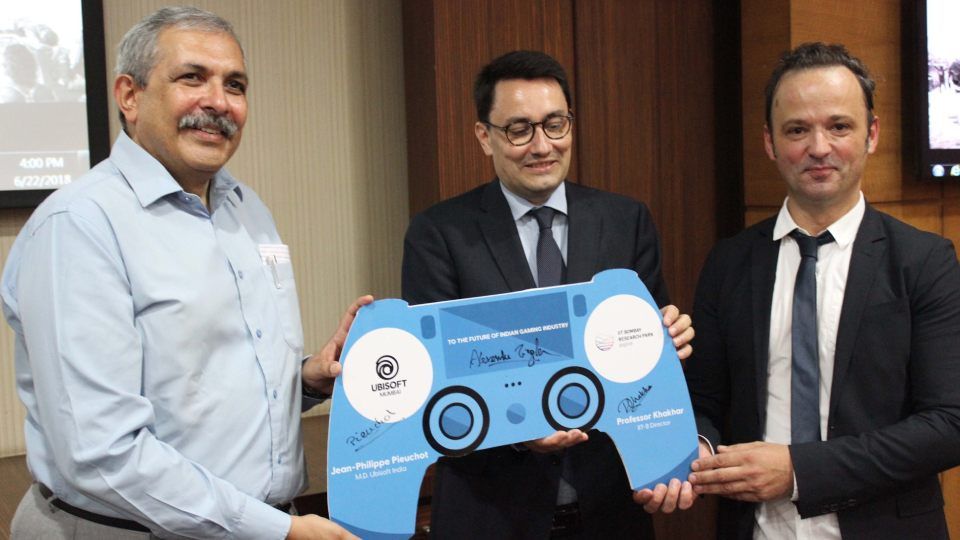 As for the extent of their collaboration with IIT-Bombay and the outcome of those efforts, we managed to speak with some of the key personnel to get more insights. By using Reinforcement Learning, they’ve developed an auto-navigation algorithm that helps bots to navigate the elaborate open worlds that Ubisoft has in a lot of their video games. These bots try to emulate what game testers do i.e. navigate the entire playable area to check if all the elements work as they’re supposed to and if player interactions happen the way they are meant to. Another aspect that’s closely tied with the auto-navigation algorithm is the defect detection project that uses computer vision to identify whether objects in the game world are rendering properly. It’s meant to catch incidents like the one below, before they happen. Except that the defect detection is more tuned to catch defects with the game world rather than the player characters themselves. 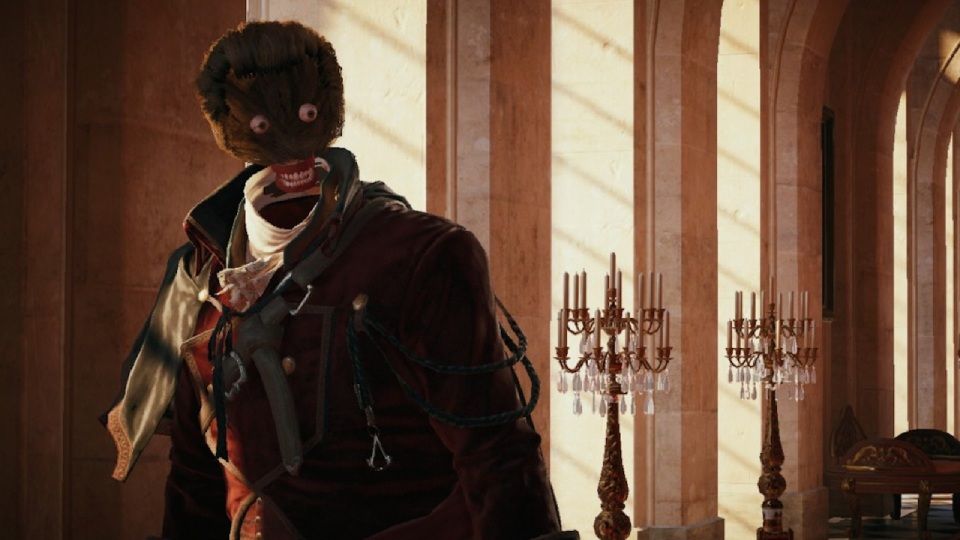 Aside from in-game elements, there are also certain other aspects where the IIT-Bombay collaboration has borne fruits. One of which is the way Ubisoft ensures safe spaces across their community spaces. By leveraging sentiment analysis algorithms, the comments and posts made on Ubisoft community forums can be sanitised of toxic content before being made visible to the public. This helps keep trolls and cyberbullies from attacking other members of the community.

While these were some of the highlights of the collaboration between Ubisoft India and IIT-Bombay, there are many more such projects in the works. And most of them leverage AI/ML models. A large percentage of the UBisoft India team works on the game testing aspect of video game developments and we’ll probably be seeing more interesting developments in the coming years.

Windows 11 Launch Event Is Taking Place Today: How to Watch...

gamingbaaz.com - June 24, 2021 0
Windows 11 launch is set to take place today (Thursday, June 24). Microsoft is hosting a livestream of its next generation Windows event...

Call of Duty: Mobile – Loadout suggestions for Hardpoint and Heardquarters...

PS Remote Play: A few tips for playing on iOS and...

Vampire: The Masquerade Is Getting A Battle-Royale Game | Digit