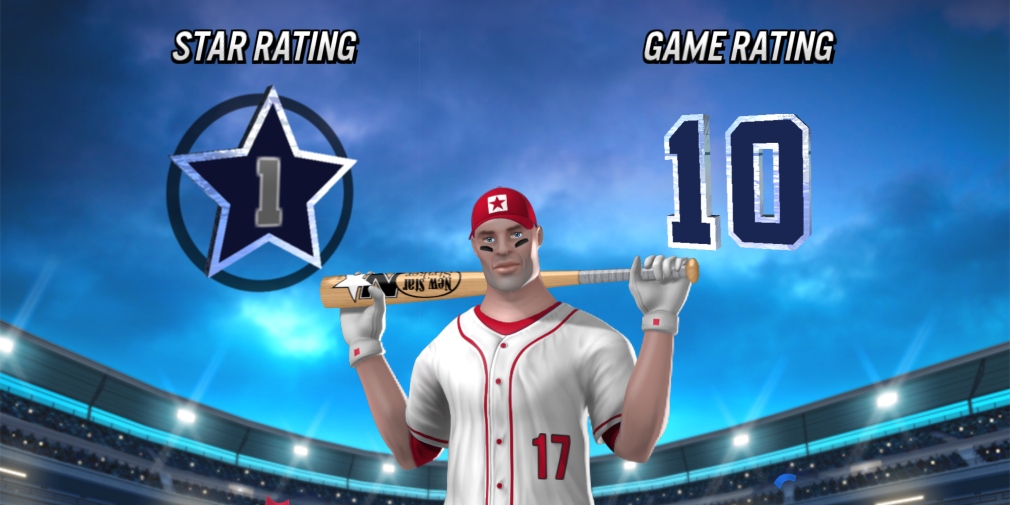 Developer New Star Games has announced the v2.0 update for New Star Baseball is now available on both iOS and Android platforms.

The latest update to the game features some changes made directly linked to player feedback. For example, batting chances no longer start with you on two strikes, and instead you play the full At Bat.

Detection has been improved for Ground Outs, so they should no longer occur with hits to left field. Match ratings have also been rebalanced to consider strong batting performances.

As for pitching, it’s now completely optional. You can talk to the manager at any time to decide whether to be a two-way player or not. You can also now pitch at a complete At Bat every time, up to a full count, and Match Ratings have been rebalanced to consider striking out a player being more difficult.

Other changes involving running, pitching and miscellaneous improvements have also come to New Star Baseball.
“We’ve been working extremely hard updating New Star Baseball to make sure that players are really happy with the game,” says community manager Mark Baldwin. “Ever since the game launched, we have been monitoring players’ comments and acting on their feedback.”

“As a small indie developer, we want to thank all those players who have contributed amazing constructive feedback and for the support they’ve shown us. It really means a lot. Hopefully, v2.0 shows that we are committed to acting on feedback and improving the game for everyone.”

You can download New Star Baseball now from the iOS App Store and the Google Play for Android store, where it is a free to play title containing adverts and in-app purchases.

If you enjoy sports games, be sure to check out our list of the best ones you can play on your iOS device.

admin - February 15, 2022 0
Well… It looks like it was the turn of Garena Free Free to face the ban hammer by the Indian government. The app was...

Dead By Daylight’s Next Crossover Event Is Resident Evil