With the recent release of Pathfinder: Wrath of the Righteous, it made sense to revisit Pathfinder: Kingmaker. We hadn’t reviewed the game when it first came out, so what better time than now. Crowdfunded and released in 2018, Pathfinder: Kingmaker pays homage to the CRPGs of old. If you’re familiar with literally any CRPGs from back in the day, we’re talking games like Baldur’s Gate, Planescape Torment, Diablo, and Neverwinter Nights, among others, then you’ll feel right at home with Pathfinder: Kingmaker. Inspired by the classics, Kingmaker has a lot going for it, let’s dive in.

Before we get into the story and character creation, we’re going to point out that Kingmaker is based on Pathfinder, a tabletop RPG that was released back in 2009. Pathfinder is largely based on Dungeons & Dragons 3.5, and was a result of the introduction of the 4th edition of Dungeons & Dragons. There are a lot of new rules, abilities and classes in the game, but at its core, it’s still very familiar. You’re still rolling a D20 as usual. 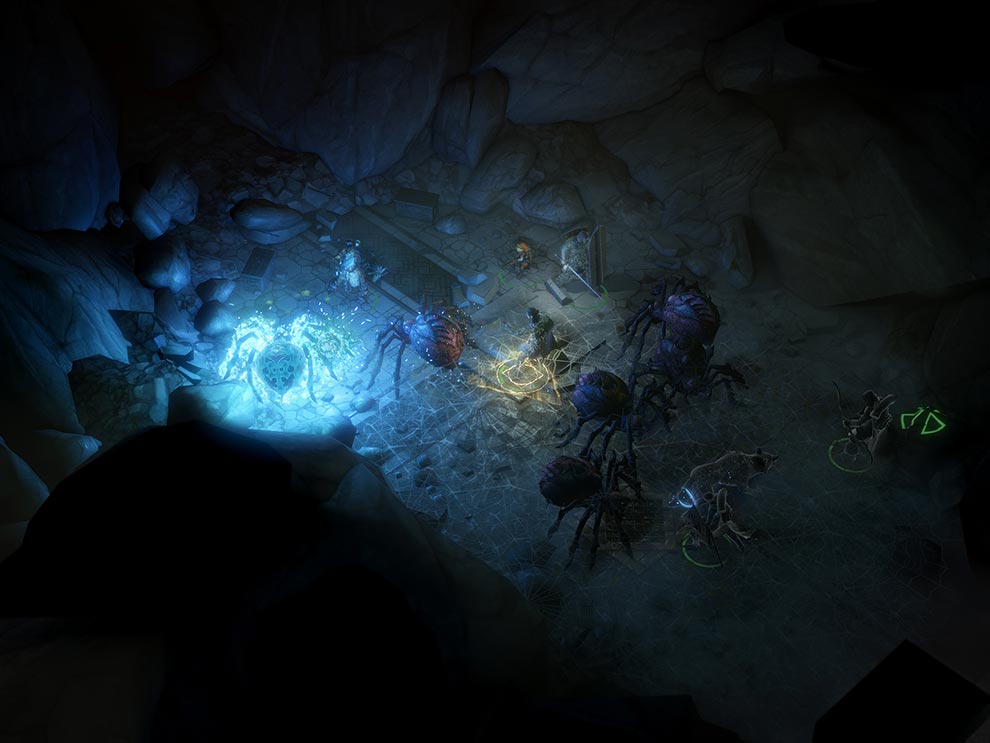 The game starts off with you and a ragtag group of mercenaries and whatnot gathered in a hall. You’ve been asked to gather in order to conquer a disputed territory called the “Stolen Lands”, and the reward for succeeding is a barony of said lands. What with you being the protagonist and all, you do eventually end up as the baron of the stolen lands, and now have your own kingdom to manage as well. While the story starts off fairly simple, it eventually evolves to become quite complicated and filled with political intrigue. There’s plenty of plot twists along the way, as you discover what is actually going on in the stolen lands and how everything is being orchestrated from behind the scenes. Of course, you’ve just started ruling your own kingdom, and there’s no way you’re letting it fall right after you founded it. 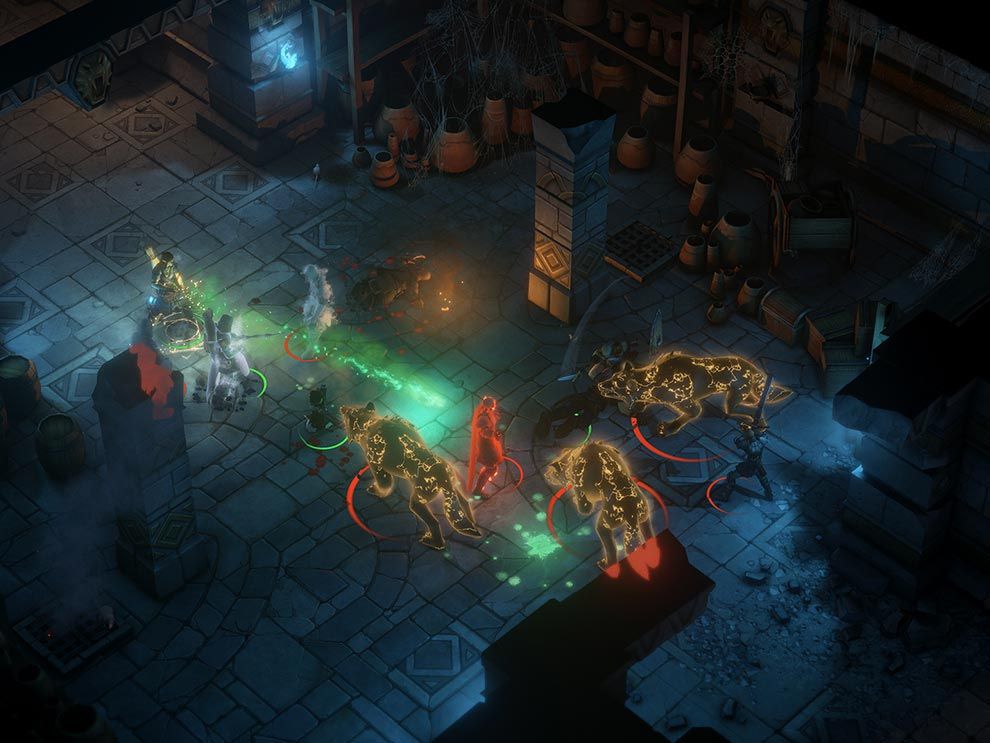 The companions in the game are very well written, each with their own distinct personalities and motivations. They’ve each got their own alignments and views that could lineup or clash with your own. Clash with them too often, and they’ll confront you about it or leave your party. You pick the alignment for your character during character creation, however, as you play the game, your alignment can shift depending on the actions you take. Your alignment also comes into play during speech checks, opening up new options or closing off others. The game gives a lot of importance to dialogue, and you’ll be doing a lot of it; being able to talk your way out of a situation can be both handy and rewarding, as the game gives you experience for picking non-violent solutions as well. 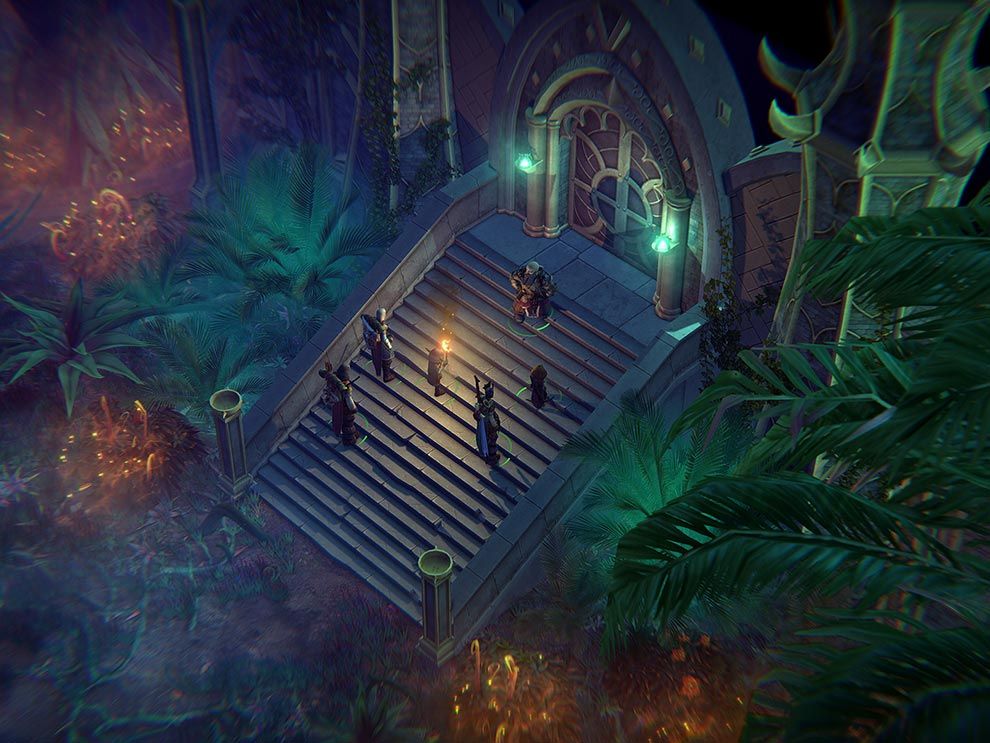 Throughout your playthrough you will meet plenty of colorful and memorable companions, many of whom can even be missed if you don’t bother exploring the game’s world. Among the first companions you meet are the likes of Amiri, a barbarian who believes actions speak louder than just about anything else, Linzi, a bard who also happens to be the one narrating and journaling your story, Harrim, a cleric who believes the world is coming to an end soon, and many more. There are a total of 13 companions in the game, including the DLC.

Like we mentioned in the intro, if you happen to have played the CRPGs of old, you could potentially play this game on muscle memory alone. Most of the controls are the same, Space to pause combat, R to rest, hold down tab to highlight interactable objects. Once you’ve selected a character, or your party, you can left or right click on the map or on enemies to make them attack or move. You’ve got your action bar at the bottom, with expansions to the bar on the left side of the screen as the number of abilities you have grows. Right clicking on an action will set it to auto-cast indefinitely or until the resource that ability uses runs out, such as spell slots for magic using characters. 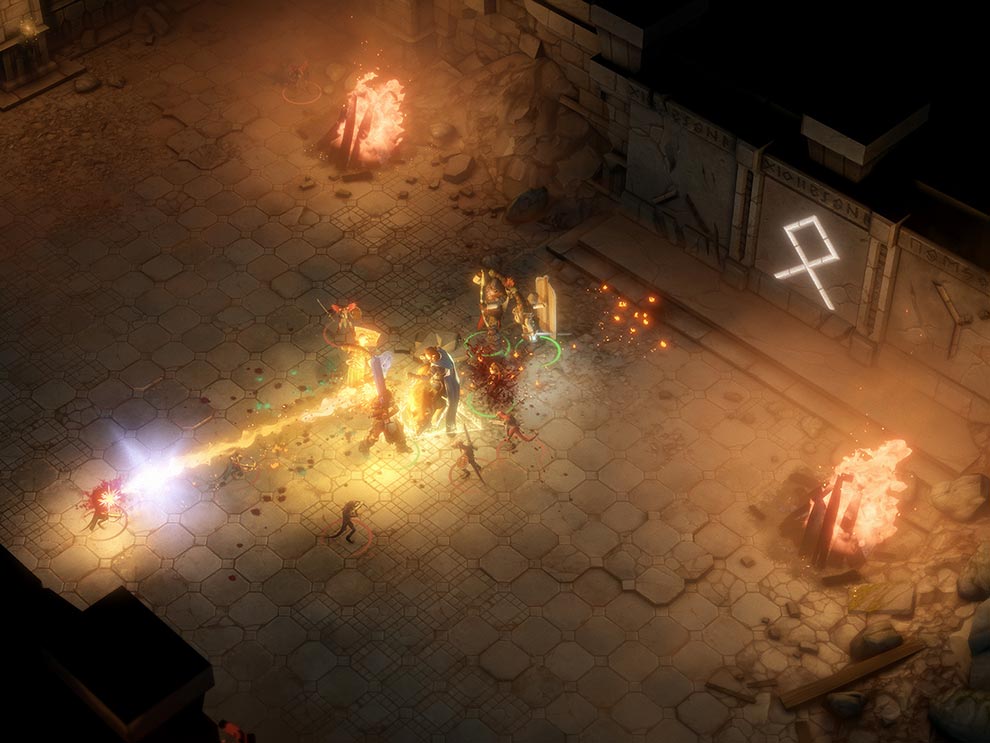 The controls are fairly easy to grasp. On lower difficulties, with a general idea of what’s going on, you can pretty much run into a room and point-and-click your way to victory, like an RTS game. Bumping the difficulty up, even to just normal, will require you to do a whole lot more preparation, strategising, and pausing before and during encounters in order to succeed. The game has a turn-based mode as well, which players of games like Divinity: Original Sin 2 might be more familiar with, but do note that it slows the game down significantly, since it was initially designed to be played in real-time. Turn-based mode does work just fine though.

Some parts of the game will take place on the pages of a book, where you read through the encounter and are prompted with the actions you can take at the bottom. They’re accompanied by beautiful illustrations to portray what’s happening. They’re fairly uncommon and serve as a nice break from the usual top-down gameplay. 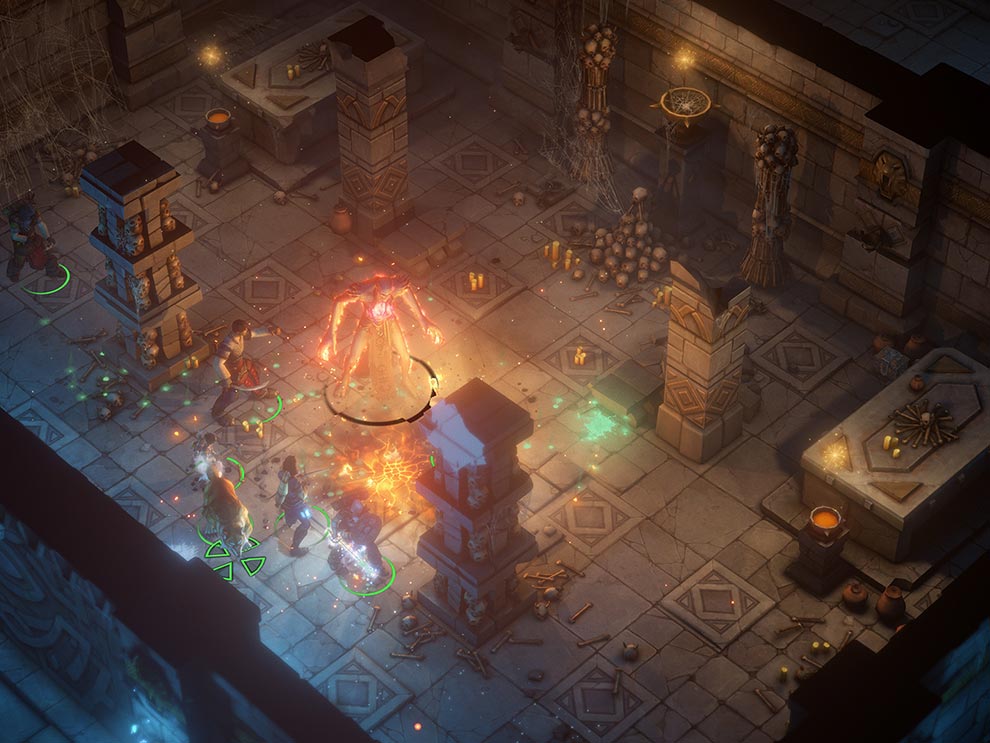 Throughout the game you will come across various skill checks, the most common of them being perception which allows you to spot traps and potential loot. You’ll also come across areas, like shortcuts, where you will need mobility or athletics checks, disarming traps is a trickery check and so on. Fortunately, the game will automatically pick the party member with the highest score for that check, which incentivises having a well-rounded party. 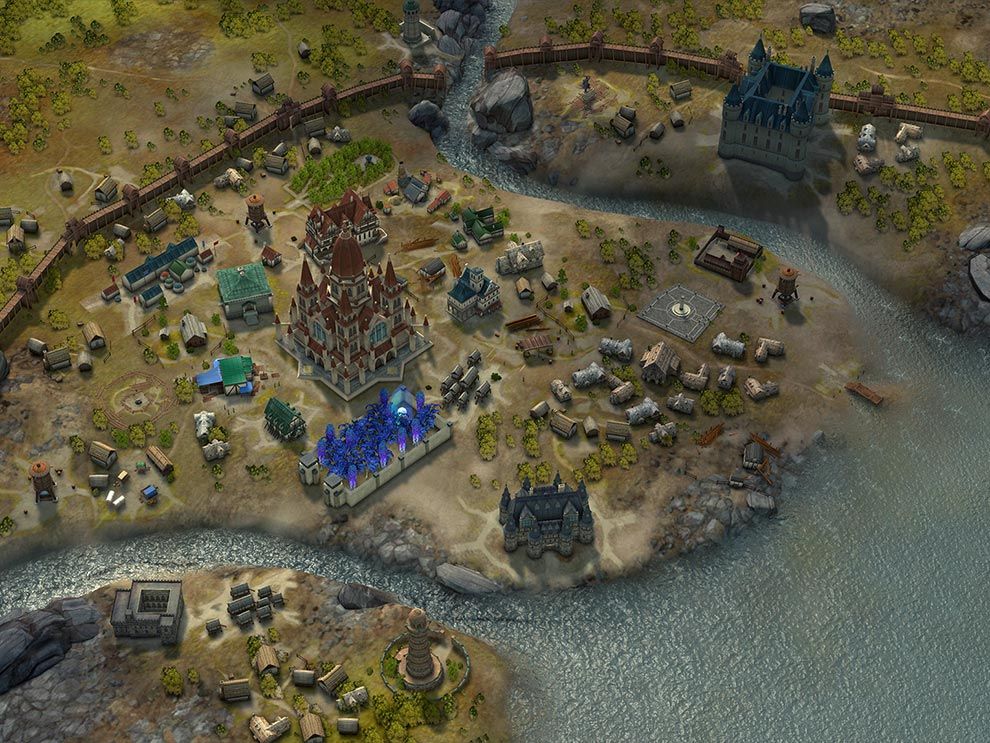 Finally, we come to Kingdom management, the part where you actually manage your kingdom. This is something you can skip entirely if you so please and have the game do it for you automatically. However, if you decide to be hands-on and do it yourself, there’s a LOT to do. Here you will be able to annex new lands, establish new towns, build them up, and set tasks for your advisors. Your alignment again comes into play, determining what kind of buildings you can construct and some of the actions you can take. It’s certainly no full-blown management sim, but it’s still a unique feature to the game. Unfortunately, it plays a very insignificant role compared to the time you spend on it. You could pretty much skip it entirely and not have it affect the end result.

Pathfinder: Kingmaker has some aspects that are unique to the genre, but doesn’t otherwise standout too much. The writing is solid, with a gripping story and well written characters, and the visuals are pretty good too. Unfortunately, Kingmaker was not good enough to make it stand out amongst its contemporaries, but it’s still a decent game nonetheless. Wrath of the Righteous however looks to be shaking things up, and we’re definitely excited to give it a try.

admin - May 25, 2022 0
Norwegian firms Telenor, Aker ASA and Cognite say a new software security company they plan to launch this year will help companies protect their...

Ghost of Tsushima Director’s Cut Announced: All You Need to Know

Q&A: Realizing the diegetic narrative and poetic horror of Imagined...

Windows 11 Getting a Feature to Look at Apps Accessing Microphone,...

admin - June 21, 2022 0
Windows 11 is getting a feature called 'Privacy Auditing' that will help users look at the apps accessing their microphone, camera, and location data....

Out of Weakness, Strength: The Three Ds of Narrative Design

This Katana-Equipped Gaming Chair Will Scare Your Opponents