Full disclosure, I haven’t played any Persona games before this one. I know I know, as an ardent RPG fan it’s one of my biggest shames. There were many reasons the Persona franchise eluded me; for starters they were limited to consoles for the longest time, and second, I’m a bit of a stickler when it comes to chronology (I’m not going to play part four before I play parts one through three). All that being said, after playing Persona 5 Royal I’m seriously kicking myself for not picking the franchise up sooner. This is without a doubt, a masterclass in turn-based JRPG. So if you’re a fan of the genre and the franchise in general, this is probably all you need to get your hands on Persona 5 Royal. If not, well read on for the full review and I might just convince you.

We were initially confused about Persona 5 Royal, because we thought Persona 5 released back in 2017 (forgive us, first Persona game and all that). Turns out, Persona 5 Royal is an expansion to the existing game. 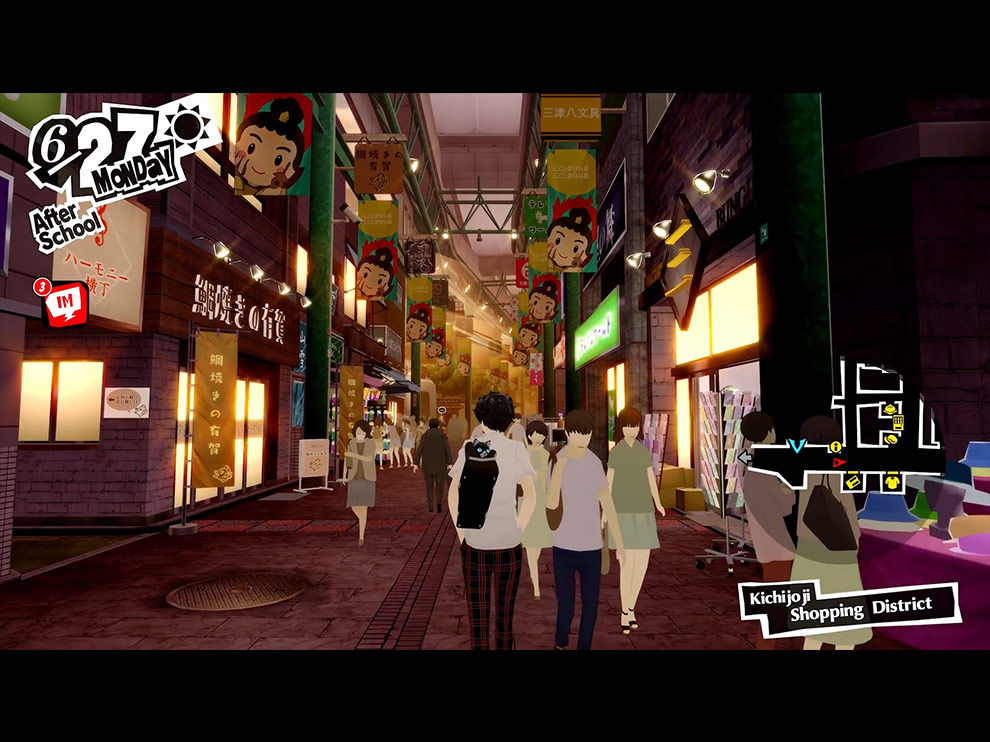 The original Persona 5 was already pretty massive, with hundreds of hours worth of content for completionists. Persona 5 Royal brings in even more content, including the addition of two new Confidants (two more companion NPCs that you can interact with). We’ll avoid mentioning names here because, spoilers. Other than that, the majority of the content seems to have been added after the final dungeon of Persona 5 (an entire additional month of school among other things). There’s also a bunch of new activities that can be done to improve your teamwork and new ways to improve your stats. Even the Palaces (Persona’s version of dungeons) have been revamped with new elements. These include a grappling hook for Joker (our protagonist) to get around, and the presence of Will Seeds in dungeons. Each Palace now has three Will Seeds in them, and if all three are found they can be combined to create powerful accessories.

That about covers everything new in Persona 5 Royal. There’s also the Thieves Guild stuff but we didn’t really spend a lot of time with that.

Persona 5 Royal features a fantastic plot coupled with an excellent cast of characters. Those of you who have already played Person 5 will know the premise of the plot, but for those of you (like us) who have yet to play Persona 5 Royal (or any Persona game for that matter), we’ll keep this part of the review spoiler free. 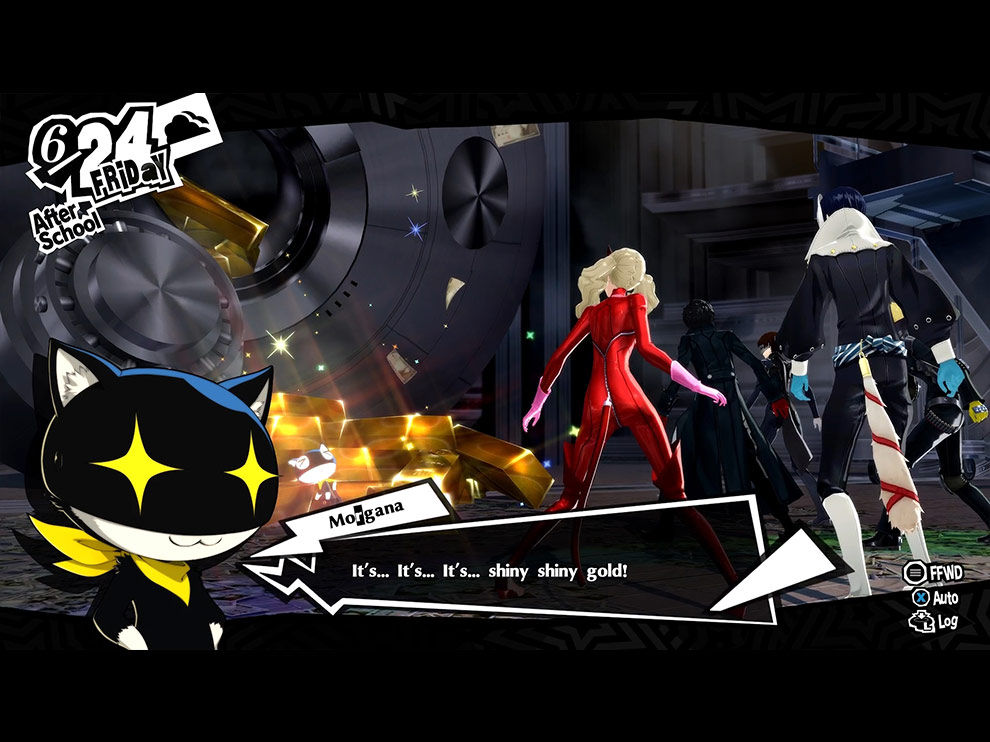 This is where you come in. The Phantom Thieves who are able to break into distorted palaces and steal people’s hearts (metaphorical for their desires). Doing so results in the person having a change of heart, and changing their ways. That’s about the gist of Persona 5 Royal’s plot. Changing the hearts of twisted individuals to help those around them.

It’s certainly an interesting premise and we got hooked pretty quickly. The writing is great; especially the characters who accompany you who are full of personality and it makes the time invested in getting to know them really feel worth it.

You remember how in the intro we mentioned that the Persona games have been limited to consoles for the longest time? Well we certainly felt a bit of that when we played the game on PC. The game is ideally meant to be played with a controller, but it becomes manageable on keyboard and mouse overtime. The camera will give you trouble every now and then. However, it’s not a skill-based real-time game, so the controls aren’t too much of an issue. This is turn-based combat at its very best. 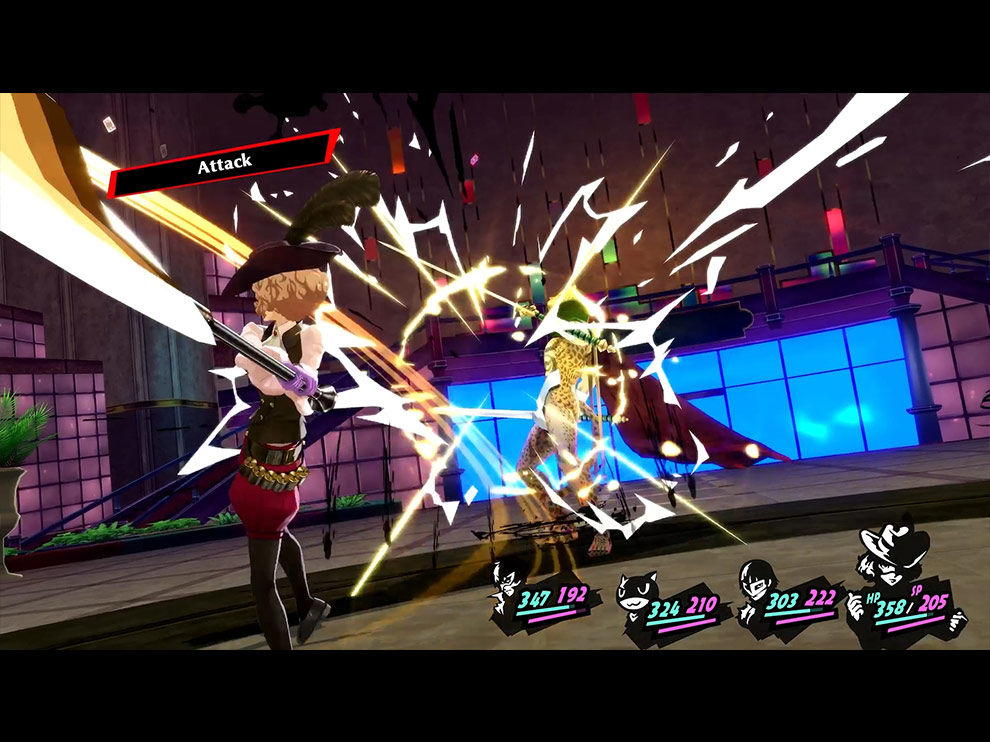 Persona 5 Royal employs a rock paper scissor-esq system that’s kinda like the Pokémon games but not really? You essentially capture Personas that you can use in combat, and each Persona has different strengths and weaknesses. Okay, I’ll admit it is a lot like Pokémon, but the element weaknesses aren’t quite as obvious. In Persona 5 Royal they’ve added even more Personas and they’ve tweaked existing ones as well. Other than that you’ve got usable and consumable items, and equipment that needs upgrading, etc etc; it’s the definition of a JRPG. A damn good one at that.

Since we haven’t played the original Persona 5, we didn’t know these weren’t a thing before, but in Persona 5 Royal your guns reload after every battle, which is fantastic. The Baton Pass feature during combat is also available right away, as opposed to requiring to be unlocked. Baton Pass is an interesting feature we haven’t seen in other turn-based games. Essentially, it allows you to chain combos with your teammates by exploiting enemy weaknesses. Hit a weak spot, pass the baton. It’s pretty cool and allows you to breeze through some of the more grindier sections of the game. The Baton Pass can also be improved in Royal with the new minigames in the new explorable district. 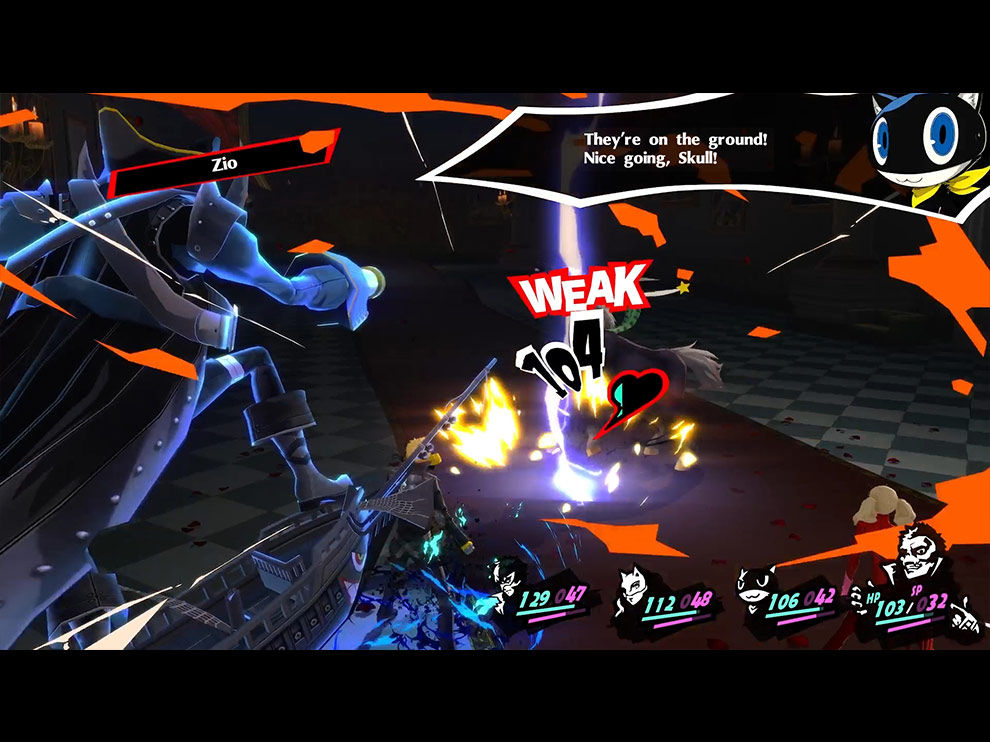 Speaking of weak spots, abusing these is how you can actually acquire new Personas. Weaken a Persona you’re fighting, and you will “Hold them up!”. You can then open a dialogue with them and attempt to recruit them to your side, or grab extra cash or an item from them, OR all-out attack for a super stylish finish.

The gameplay gets even deeper when fusion comes into play, allowing you to fuse two Personas to create a new one. The new Persona is also able to inherit abilities from its parent Personas, allowing you to craft your ideal Persona that best compliments your team and play style. 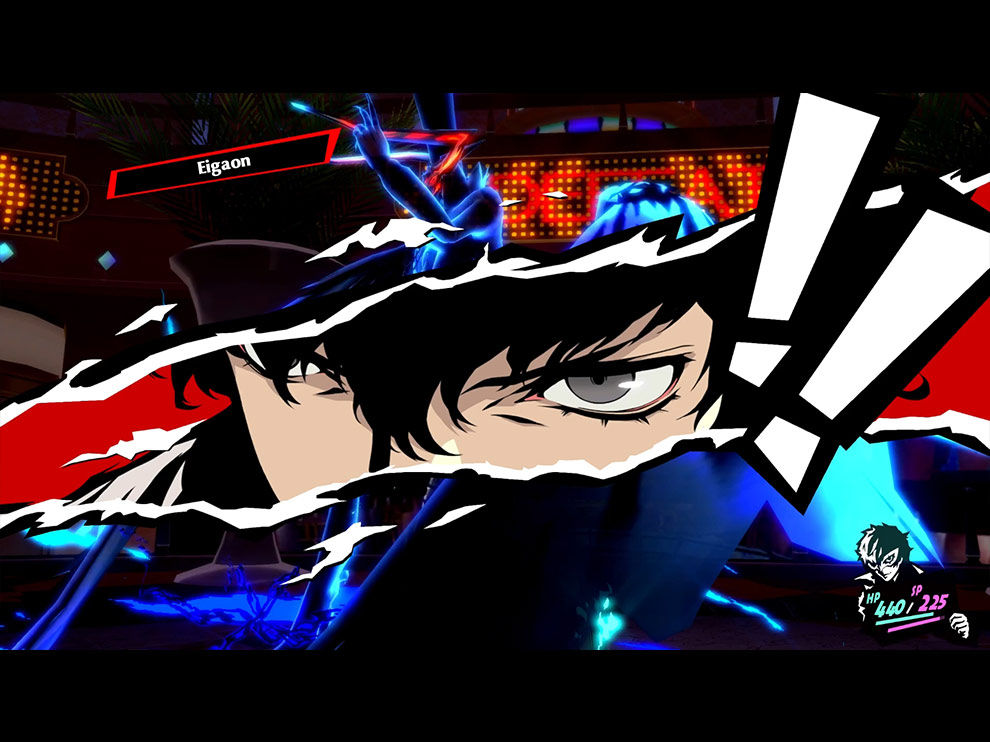 The art style and overall aesthetic in Persona 5 Royal is something else. The UI, the visuals, the combat, it’s like you’re tripping on acid; and I don’t even know what that feels like! Whatever be the case, I can’t get enough of it. Paired with the amazing jazz-funk soundtrack the game has going for it, I can understand why people have a hard time putting the game down once they’ve started. The voice acting is also great, and plays a role in adding personality to the well-written characters. Even some of the Personas are voice acted. Speaking of Personas, the designs are as whacky as they come, but I dig it. Zero complaints in this department from me.

Persona 5 Royal sets the benchmark for JRPGs as far as I’m concerned. Great storytelling, characters, intuitive and deep combat, that aesthetic, and a cosmic boatload of things to do make it the complete JRPG package. Of course, the only downside is that it’s a significant time investment. If you’re a fan of the genre, it’s a no-brainer. If you’re a fan of the franchise, you’ve probably already finished it for the second time. And if you’re itching to try out a new JRPG, well…

All You Need to Know About God of War on PC

Call of Duty: Vanguard Is Offering One Week of Free Multiplayer...

gamingbaaz.com - October 2, 2021 0
Flipkart Big Billion Days 2021 sale is now live for Plus members. The Walmart-owned online marketplace is running its first round of festive season...