There are a number of reasons why one would join the army, but this one certainly takes the cake. A video interview of a captured Russian soldier suggests that the man joined the army to pay off a World of Tanks-related debt. In the video, the soldier, who was captured by Ukrainian forces, claims that he had a criminal debt that was incurred when he paid for World of Tanks’ in-game currency with someone else’s credit card.

The video, which was translated by Reddit user u/Specialist-Ideal-577, notes that before joinging the Russian army, the soldier had found a lost credit card. He then used the card to take out 5,000 Rubles (approx ₹6,380) to spend on  in-game purchases in World of Tanks. However, the police quickly caught him and charged him with bank fraud. While he had returned the money he spent, he was also charged with a 300,000 Ruble fine, which is approx. ₹3.8 lakh. 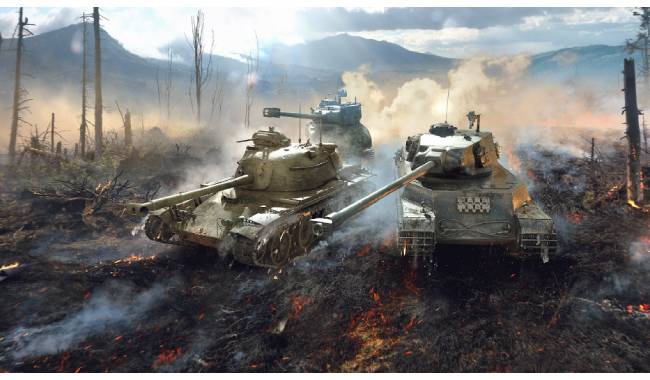 To be fair, he didn’t just use the lost credit card to spend on World of Tanks. He also admits to giving money to a female personality on TikTok. After analysing this behavior and correlating it with what I have seen other men online do. I have come to an extremely scientific conclusion that the soldier is what the experts call, a ‘simp’.

Regardless, here’s hoping that the soldier is treated well and gets to return home once all this is over. Maybe is captors would indulge his habit and play World of Tanks with him. After all, gaming is a great way to make friends and rise above the hate and rhetoic spewed by politicians. Lord knows we need that.

PUBG Mobile planning to make a comeback in India before 2020...

All You Need to Know About Rainbow Six Extraction

Apple May Incorporate OLED Screens on iPad and MacBook Models Next...

Minecraft’s Cave & Cliffs update will now be released in two parts over this...

Alienware’s Concept Nyx could allow you to play two games at once on your...