The Elder Scrolls Online first released way back in 2014. 8 years later, and the MMO is still going strong with a sizable community, which is saying something. The latest expansion, The Elder Scrolls Online: High Isle, just dropped last month and takes us to the historic home of the Breton race. We had the opportunity to explore the MMOs newest open world and what it had to offer. Note that we haven’t played ESO extensively prior to this, so think of this as a relatively new player’s perspective.

Most previous expansions in The Elder Scrolls Online have been for locations that people have been familiar with or have visited in previous games. Think Summerset, Morrowind, Skyrim etc. With High Isle, we’ve got a spankin’ new region to explore, the Systres Archipelago, located in High Rock. A location that was only seen on a map way back in the Elder Scrolls II: Daggerfall. There are two things that immediately pop to mind here, the first is that the devs have a clean sheet to imagine this new unexplored region in Tamriel and go wild with it (which they did), and second, player expectation is a lot easier to manage when you don’t have existing content to compare with. Two things in favour of the new DLC really. 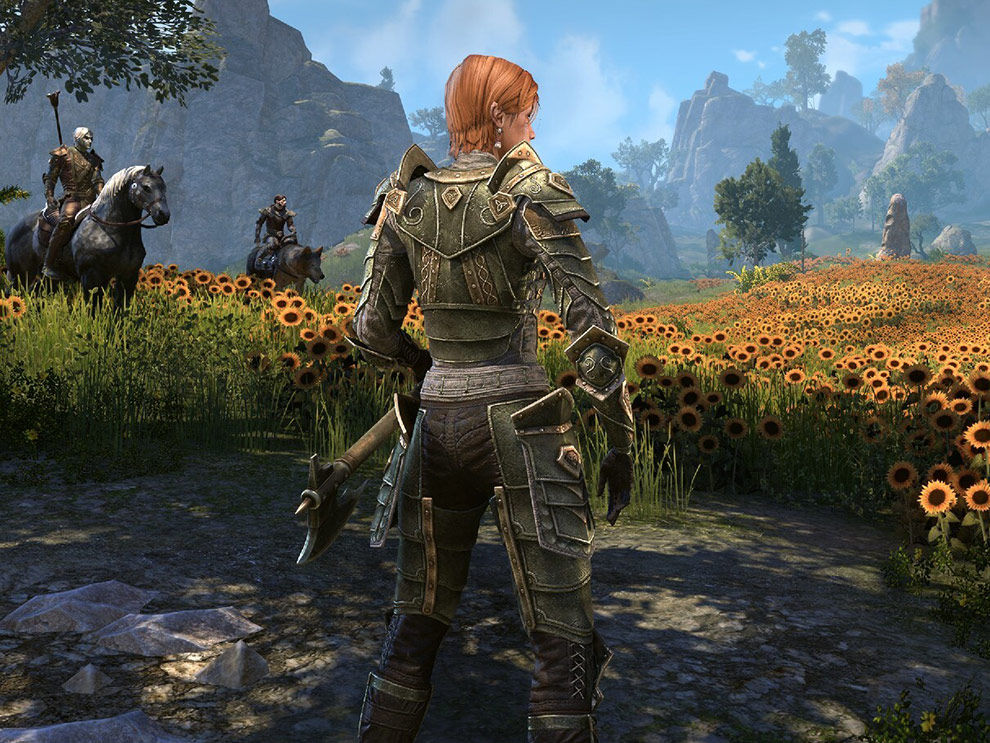 That being said, the Systres Archipelago is a gorgeous place to explore, complete with plenty of greenery, fields of sunflowers, and dotted with ruins, ancient druidic groves, and high castles. It’s not all rainbows and butterflies though, across the landscape you’ve also got a series of volcanic fissures just about ready to explode. It was a lot of fun running around this beautiful landscape and discovering secrets and treasures in all its nooks and crannies, which it has a lot of. 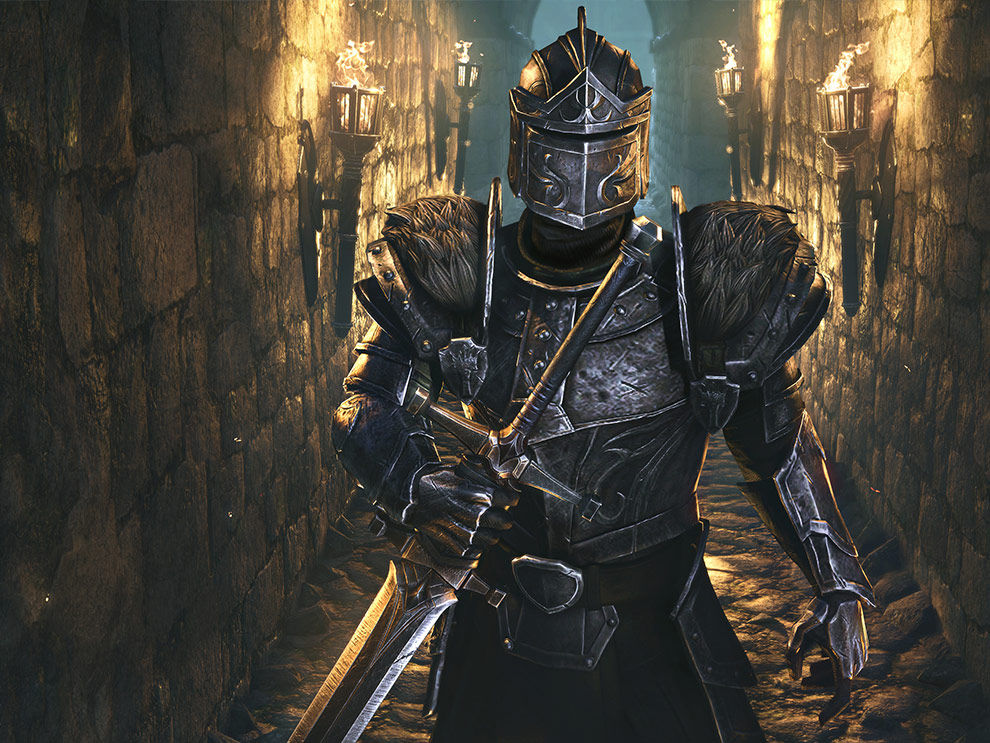 We’ll be honest, we haven’t played a lot of The Elder Scrolls Online, but from what we’ve seen online and from what little we’ve played, the story in High Isle is a bit of a change in pace from the usual regional storytelling that comes with every new expansion. This time around, the story is centred around regional politics; there’s no apparent big bad that you need to deal with. The story begins in Gonfalon Bay, where the Society of the Steadfast are holding a summit in the hopes of bringing the Three Banners War to an end. However, war being the money-making machine that it is, a certain group, known as the Ascendant Order, has its own reasons for making sure that peace is not an option. Acting from the shadows, the Ascendant Order uses all the tools at its disposal to disrupt the peace talks from the shadows. Sure, it doesn’t sound all that epic on paper, but it’s enjoyable enough, and it felt like a breath of fresh air from the usual stop-the-world-from-ending shtick. As a plus, the voice acting and writing is usually top notch with the Elder Scrolls games, and that seems to have continued with High Isle.

Well, in addition to a new region to explore, High Isle introduces two more companions that can join you while you quest. The previous expansion introduced the companion system, which had two NPCs; with High Isle, you have two more – Isobel Velois and Ember. The first is a knight who believes in law and justice, so actions you take that aren’t in line with that will not sit right with Isobel. Ember on the other hand is a streetwise mage who believes in the end justifies the means. Both of them have excellent introductory quests which we stumbled upon by accident, we didn’t even need to go hunting for them. 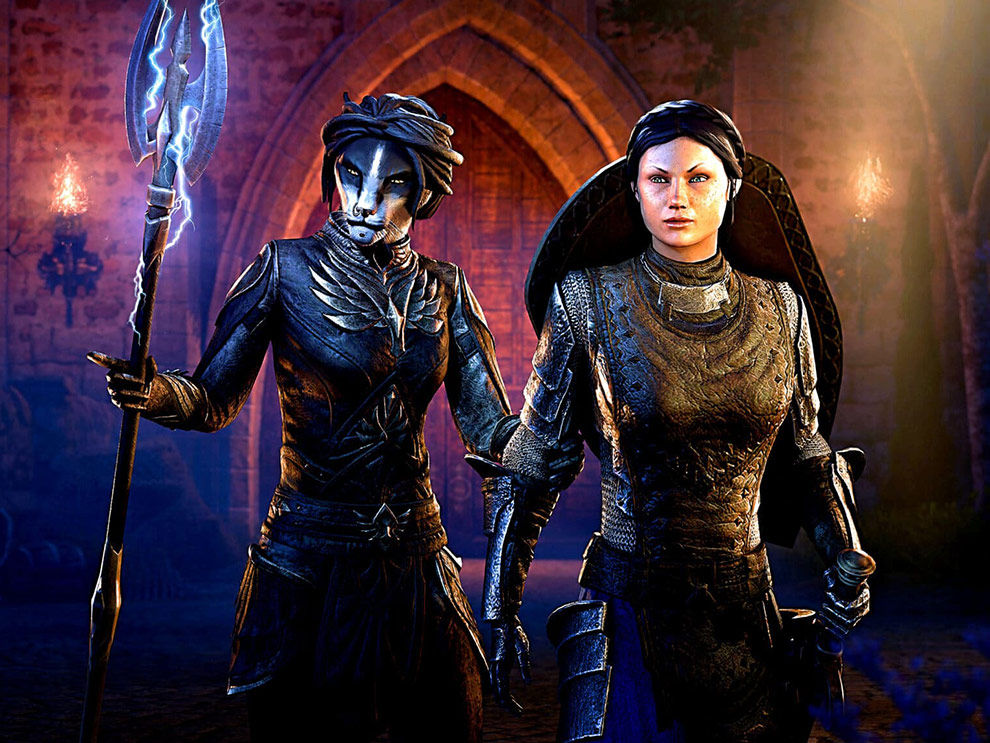 Next we’ve got the new world events, the Volcanic fissures we spoke about earlier. These are similar to the Oblivion gate or Harrowstorms from previous expansions. Here, players aid Stonelore druids to seal these fissures while fire Daedra pour out. These need a lot of people to pull off, and in our entire time playing, there was no point where we didn’t have enough players. That’s great, an MMO with active players is always a plus. 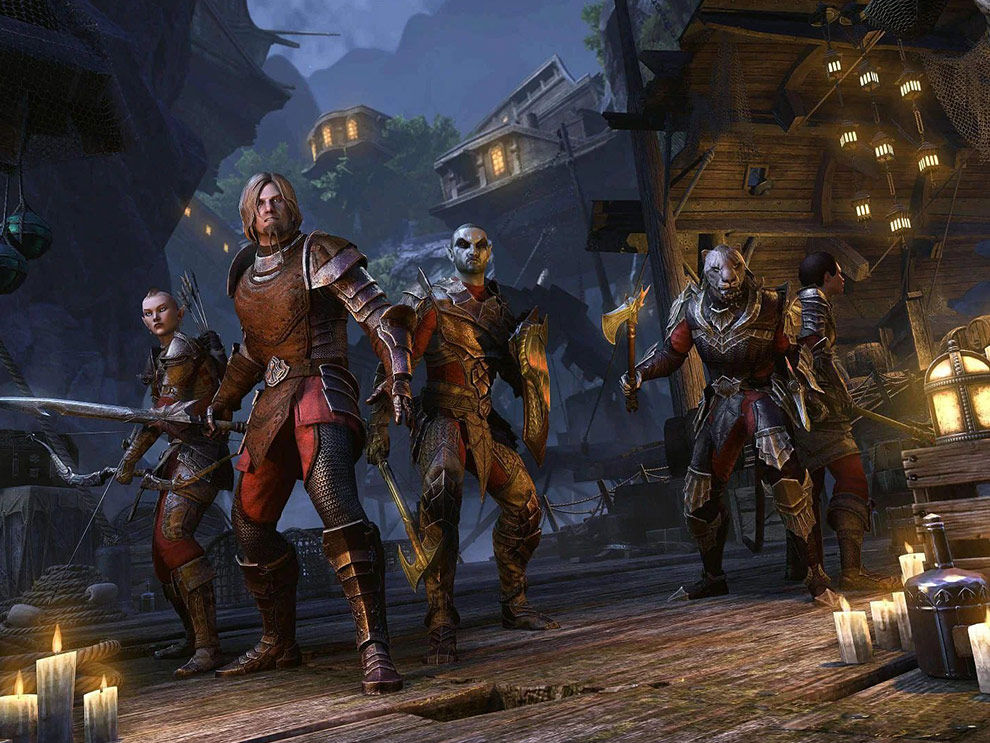 The expansion also comes with a new 12-man trial, where you deal with the pirate threat to the Systres Archipelago. Unfortunately, we didn’t get to try. But there are a host of new boss fights, items and achievements to be had. 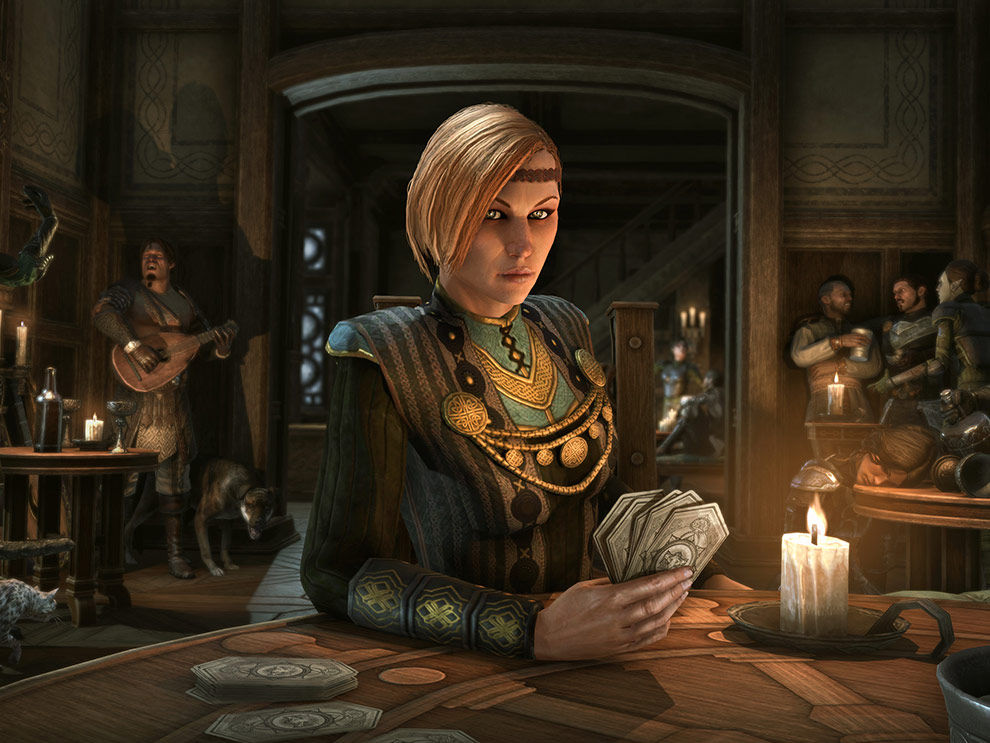 Finally, High Isle introduces a new card game into the mix, Tales of Tribute. This also we didn’t get into too much, but we did go through like a tutorial for the game and we’ll be honest, nothing stuck. Now we can’t say it was complicated, but we weren’t mentally prepared for another Gwent situation because some of us tend to become obsessed.

There’s nothing new in terms of gameplay. That’s usually the case with most MMO expansions when it comes to core gameplay mechanics. However, there have been a bunch of balance changes and tweaks, and we’re sure there will be a lot more balance changes and tweaks in the future (as is the case with all MMOs). We unfortunately aren’t as into the endgame scene in the game to comment on this, but yeah, for the most part gameplay is about the same. Nothing new in terms of new classes or anything either. Controls are as standard as they come, if you’ve played ESO in the past or even an Elder Scrolls game you should be fine. However, an issue we had with the game when it first launched and even now remains to be the game’s somewhat janky combat. Despite having more action and skill based combat, it can often feel unresponsive and slow in ESO. It could just be our ping as well, but we’ve played several other MMOs without having any such issues. 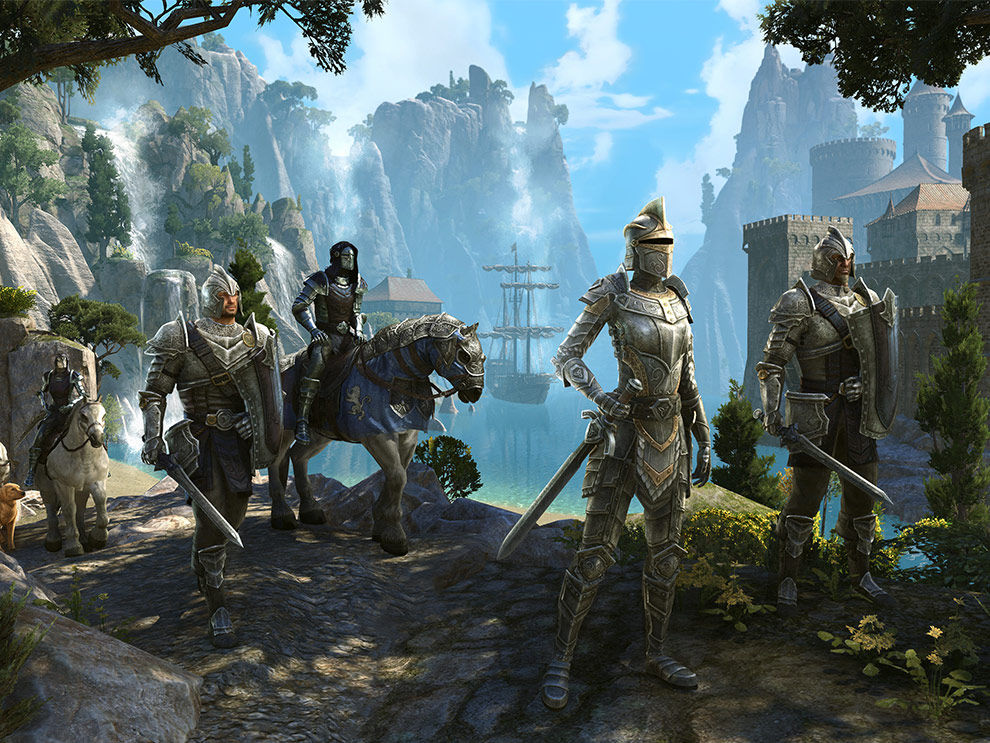 Running around and questing is just as fun, and it’s very easy to get sidetracked in High Isle, as you’ll often come across side quests while you’re in the middle of another quest. This could be a pro or a con for some, depending on how focused and efficient you like to be with your questing, but hey that’s the Elder Scrolls experience. There’s a lot of running around to be done, so you need to prepare for that. Especially if you’re a new player and haven’t got a fast mount and stuff. That’s one of those things that really irked us about ESO, being able to speed your mount up by 1% every 20 hours (oh and the crafting timers, ugh; yeah we’re not even going to talk about crafting here). 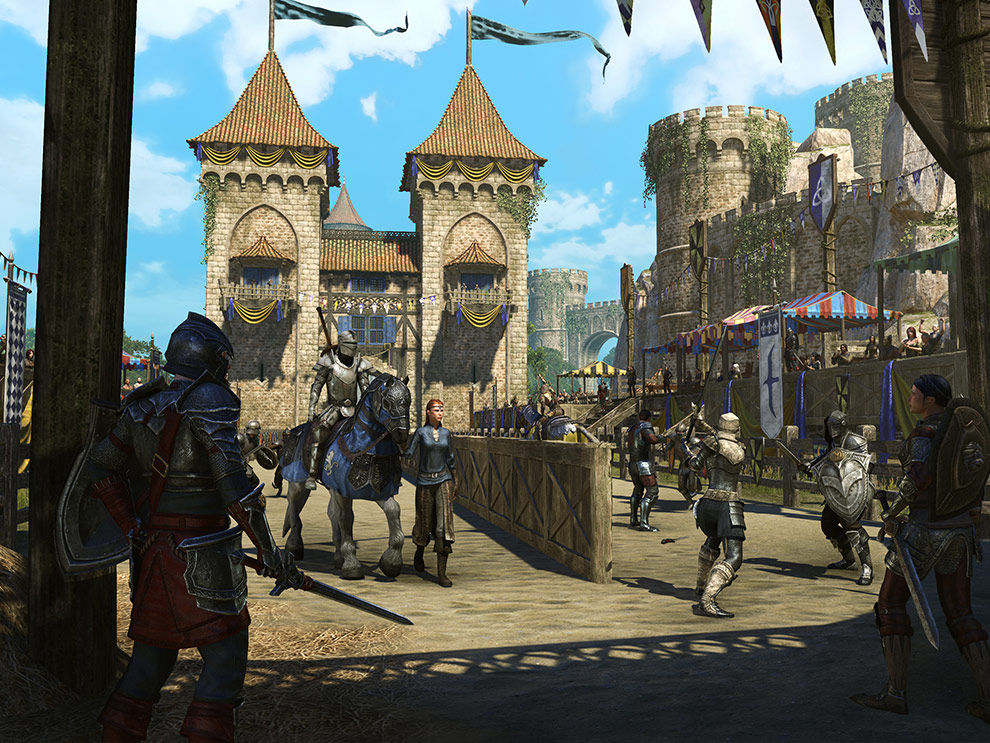 All that being said, there’s nothing new here per se. It’s a same-old-same-old situation. While we as relatively new players had a blast, returning veterans may be feeling some fatigue at this point. Speaking of which, we think High Isle is a great place for new players to start off, before they take on the rest of Tamriel. 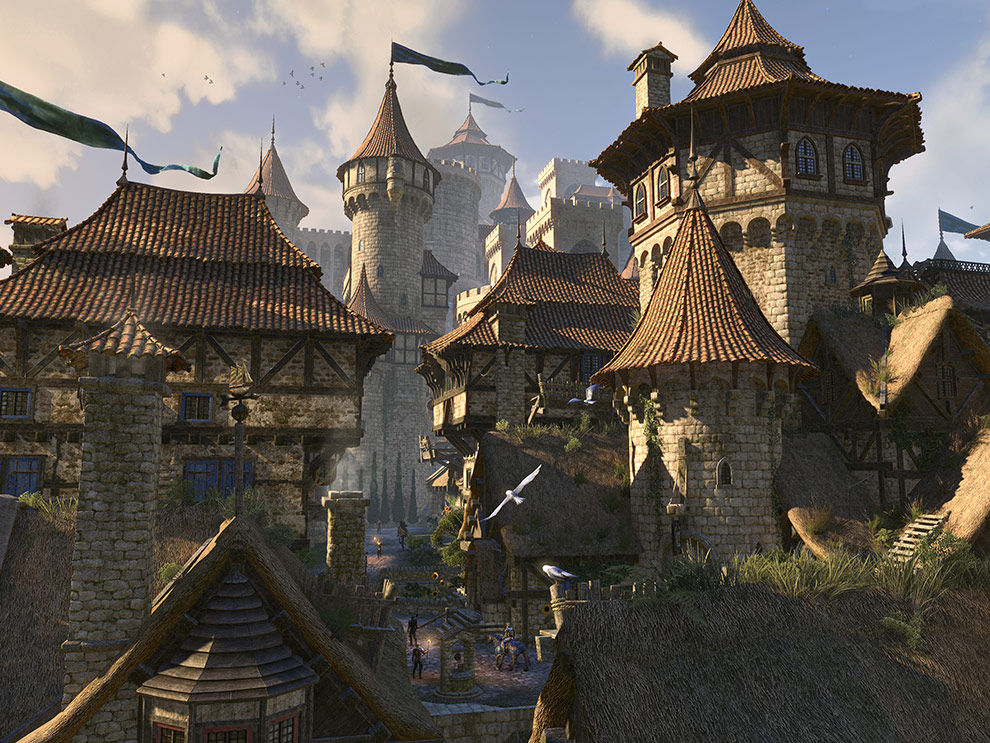 The Systres Archipelago is a gorgeous new region to explore, the storytelling, writing and voice acting is good overall. The gameplay is pretty much the same. There are a few new activities to do as well, and overall we’d say that we actually had fun playing High Isle and might stick around a bit longer this time around.

Twitter, Counter-Strike, Twitch Briefly Went Down for Some Users

gamingbaaz.com - January 21, 2022 0
Twitter faced an outage on Friday that resisted some users from accessing the microblogging network. The company acknowledged the problem and announced its fix...

Cyberpunk 2077 PC Players Should Not Use Mods and Custom Saves...

You Can Now Play Chess With Beth Harmon From The Queen’s...

gamingbaaz.com - December 9, 2020 0
Would you like to play chess with Beth Harmon? Thanks to a new bot developed by Chess.com, fans of The Queen's Gambit can now...

Hogwarts Legacy finally seems to have a definite release date |...

Realme Book Slim to Have Thunderbolt 4, May Get Intel Core...