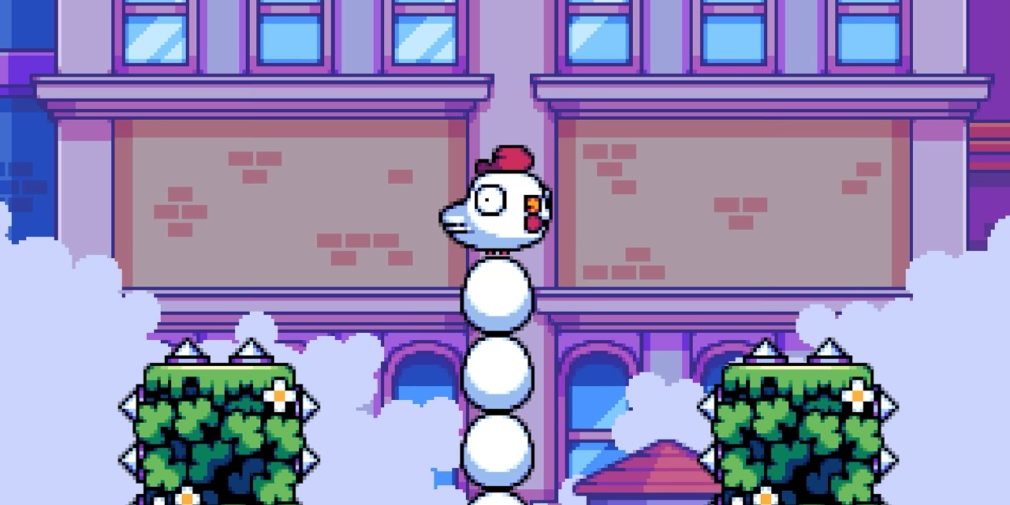 Total Eggscape is an endless game that’s been created by Brazilian indie developer bigas with the prolific Crescent Moon Games handling publishing duties. It’s set to arrive for iOS tomorrow and will see you guiding a chicken’s escape from a farm. It reminds me a little bit of Bomb Chicken, only much less explosive.

How will this be achieved? By laying a gigantic tower of eggs of course. You will constantly be laying eggs and dodging obstacles as you climb higher and higher. The hazards you’ll be avoiding include the usual saw blades and spiked squares alongside various bosses to contend with.

The obstacles themselves are procedurally generated so each attempt to help the chicken flee their farm should feel a little different. Along the way, you may also encounter a shopkeeper who can sell you various items that will make your great escape a little easier such as shields to mitigate some incoming damage.

If playing as a chicken isn’t massively appealing to you, there are also various skins available to change the character’s look entirely. Other options include an owl, penguin and various other avians. You can check out some of the choices on offer in the embedded trailer below.

Total Eggscape is available to pre-order now over on the App Store ahead of its release tomorrow. It will be a free-to-play game with in-app purchases and advertisements. The trailer also mentions an Android version but there are no details on when or if that will release at the moment.

Looking for other endless games you can enjoy on your phone? Here are 25 of the best auto-runner titles available on Android phones and tablets

gamingbaaz.com - April 8, 2021 0
The popular fighter title, Marvel Contest of Champions from Kabam is adding two new champions to its ever-expanding roster. Jabari Panther from the Wakanda...

AoE 2: Definitive Edition to Get Dynasties of India Expansion This...

Devs have until July 20 to release games on Vita before its digital store...

Scarlet Nexus has a fantastic visual style and it runs great on PC |...